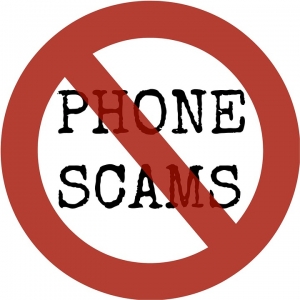 –SENIOR CITIZENS AMONG THOSE TARGETED–

Putnam County District Attorney Robert Tendy and Putnam County Sheriff Donald B. Smith are warning area residents to be on guard against an IRS tax collection scam that has bilked victims throughout the nation. In recent days, several Putnam County residents have reported that they have received bogus calls from con artists identifying themselves as IRS officials and demanding payments of money for taxes. Many of those targeted by the thieves are senior citizens.

In the scam, imposters pretending to be from the IRS or another agency telephone people and claim they owe taxes. The callers typically say that the persons must pay immediately or else face the loss of their driver’s license or business license, face deportation or go to jail.

The callers may alter, or “spoof,” caller ID services to make it look like they are calling from the actual agency. Scammers often research their targets online to pick up some personal details about them, such as their age and the names of other family members, to make the intended victim believe they have official access to their tax records. Callers may use official IRS titles and give out a badge number to identify themselves.

Scammers usually demand that the targeted person pay through an online service or by using an untraceable cash or debit card, often directing victims to a bank or convenience store to make the payment through a wire service such as Western Union.

More recently, tax scammers have gone beyond using the phone. Late last summer, the IRS warned that the con artists are copying official IRS letterhead to contact victims through email or regular mail. In another twist, the thieves provide a real IRS address and tell the victim to mail the receipt for the payment to the agency.

The scam has been occurring across the nation for about two years. According to published reports, hundreds of thousands of scam contacts have occurred nationwide and thousands of victims have been collectively scammed out of millions of Dollars.

The IRS recommends that the best way of dealing with the thieves is to just hang up the phone. According to the IRS, real agents will not contact taxpayers by phone without first sending a written tax bill in the mail. Furthermore, the IRS does not demand immediate payment of owed taxes. The IRS also will not demand just one kind of specific payment and does not threaten to call in the local police for nonpayment of taxes.

The IRS advises taxpayers that the best defense against IRS scammers is to know your own tax situation. If a taxpayer filed a tax return that was accepted by the IRS, and even received a refund, any tax dispute would be about specific income items or deductions, and theIRS would contact the taxpayer by mail. If that has not happened, a taxpayer’s tax status is not an issue.

In addition to the IRS guidance, Sheriff Smith offered a general reminder to residents that they should never give out personal financial information to callers over the phone or send money to strangers. District Attorney Tendy said that any perpetrators of the scams would be prosecuted vigorously.