Three men arrested for drug and weapon possession in Southeast 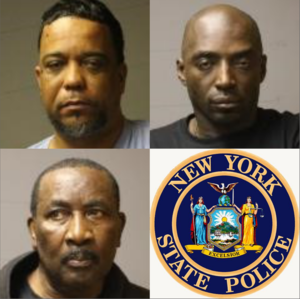 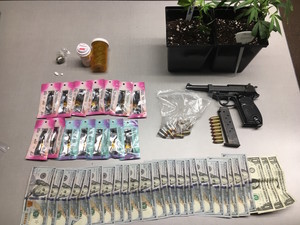 On April 24, 2018, at approximately 9:40 p.m., Troopers conducted a traffic stop on a 2007 Dodge Ram pickup truck on Interstate 84 in the town of Southeast for several violations of the vehicle and traffic law.  Upon interview of the operator, Agyeman, a strong odor of marijuana was detected emanating from the inside of the vehicle as well as marijuana plants in the vehicle.  Investigation found Agyeman to be under the influence of drugs while operating the vehicle.  Further investigation discovered a loaded 9MM Walther handgun, 2 marijuana plants, concentrated cannabis cartridges, multiple controlled opiate pills, and over two-thousand-dollars in US currency.