Your Town. Your Message. Our Mission.

KERRY ANNE DUCEY accidentally discovered how powerful connecting a community can be, and is now on a mission to safely connect communities everywhere. 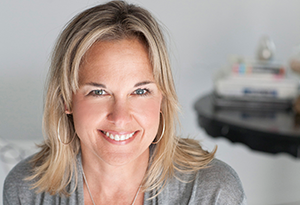 Kerry was involved with a number of local charities/organizations and realized that with the enormous amounts of communication tools, local organizations were not communicating with each other. This hurt communities, and especially local charities. Lack of awareness was keeping people from helping when they wanted to and conflicting events was hurting fundraising. Kerry thought, “This is crazy!”.

HamletHub began as a simple email list. As the list of recipients grew, Kerry and a local designer set up a website. The number of people sending stories in grew tremendously and Kerry asked her tech-savvy son to program the site so people to submit stories directly. Even with zero marketing, submissions kept growing, which led to more viewers. The community had an insatiable appetite for information about their community and the good things people were doing. This created an upward spiral that led to consistent server crashes due to excessive traffic and an increasing demand on Kerry’s time. Kerry was a busy mother of 3 with no media experience, and no technology budget; Kerry had to consider shutting down the whole project. 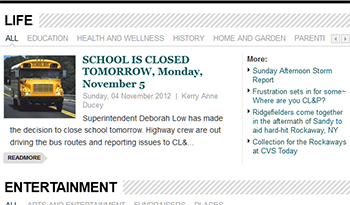 At the same time, the good that came from HamletHub was overwhelming. HamletHub became a significant influence in the community. The Fire Chief and Mayor were constantly calling on Kerry help out during emergencies and this helped to find missing people including two young children who got lost one winter evening when the temperature was in the teens. HamletHub kept residents updated during natural disasters such as during the aftermath of Hurricane Sandy when it enabled residents to learn about which stores were open and had supplies. Many messages came in from the heads of local charities letting Kerry know that their recent event was a success due to their story being on HamletHub. The town was thriving. The nonprofits grew in volunteers, supporters and donation dollars. 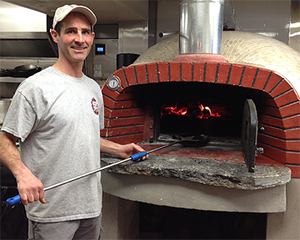 Kerry knew she had to get serious about this hobby and needed to make it work. One night while buying a pizza at a local restaurant, she asked the owner Larry if he would be interested in paying to place an advertisement on the site. He answered with a resounding Yes!, and so it began… a number of other local establishments wanted to be pay to be part of HamletHub and this provided Kerry the help she needed to keep the site running. (Larry, the owner of 850 Degrees Wood Fired Pizza is still an advertiser to this day!)

The need was not limited to Kerry’s town, and Kerry replicated the site/this force for good in neighboring towns. HamletHub has won numerous awards, In each town the success was driven by the residents of the town, and the number of people HamletHub helps and lives HamletHub changes is increasing exponentially every day.

HamletHub has grown from Kerry to a growing team of locals passionate about providing a safe place for communities to connect and thrive in every town in America.

If you have any ideas about how HamletHub can make your town better, we would love to hear from you! Please email KerryAD at HamletHub.com.