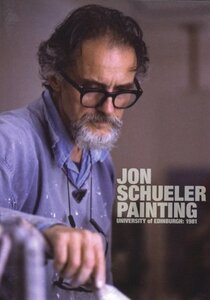 The Housatonic Museum of Art (HMA) announces a powerful film series in connection with its new landmark exhibition, ‘Lost Man Blues: Jon Schueler – Art and War’. In this dramatic line-up, the exploration of combat art and art in the aftermath of war delivers a heaping portion of emotion and nostalgia. All films are available on the museum’s website, www.HousatonicMuseum.org and screenings take place at 7:30pm and films remain available online through October 8th.

“Three films provide a deeper understanding of one of America’s most esteemed, Post Abstract Expressionist artists. His inspiration by the landscapes and cloudscapes of Mallaig Vaig in the Scottish Highlands allowed him to process his traumatic war experiences through his paintings. The film ‘Art in the Face of War’ recounts the stories of eight WWII veterans from their pre-war lives to the aftermath,” Robbin Zella, Director of the Housatonic Museum of Art.

Taking inspiration from Schueler’s autobiography, The Sound of Sleat: A Painter’s Life, this award-winning documentary follows pivotal life moments including the impact of his mother’s death, his wrenching experience as a B-17 navigator in WWII, and his love of the Northwestern Highlands of Scotland. The film will be available online through October 8, 2021.

September 16: Art in the Face of War

This multiple award-winning documentary featuring eight WWII veteran-artists from Connecticut. The gifted and engaging artists share their extraordinary personal recollections of art from the front lines, as they not only created a historical record, but also a path to put their horrifying memories to rest.

September 23: An Artist and His Vision

When Jon Schueler set up studio in an old schoolhouse in the Western Highlands of Scotland, he was forever moved by the landscape. With spectacular footage, and incorporating Schueler’s penetrating observations, this film provides a depth of context for his paintings from the early 1970s. The film will be available online through October 8, 2021.

While watching the artist as he paints his memorable work, Edinburgh Blues, and as the camera unveils the proregression from blank canvas to finished painting, Schueler is interviewed by his dear friend, Scottish artist, Kenneth Dingwall. The conversation reveals Schueler’s artistic process and vision, but also shares other experiences, such as flying in a sky filled with beauty and destruction. The film will be available online through October 8, 2021.

HMA’s exhibit, Lost Man Blues: Jon Schueler – Art and War, was curated by Marissa Roth, and features twenty-six paintings and selected writings by the esteemed prolific American abstract expressionist that reflect his war experiences. The exhibition, which takes its title from a piece commemorating the disappearance of a plane belongs to his squadron, opened on September 2 on the Housatonic Community College campus, and be on view through October 8, 2021. A virtual gallery talk

conducted by Roth is available on the museum’s website, www.HousatonicMuseum.org.

Celebrated for his colorful, large-scale abstract paintings and pastoral compositions of nature, Lost Man Blues: Jon Schueler – Art and War is a landmark exhibition that encompasses one of the persistent motifs that Schueler infused into his paintings and writings – his experiences during World War II. His memories as a navigator in the U.S. Army Air Corps and undiagnosed PTSD haunted him and found expression in his post-war work.

Housatonic Museum of Art is located on the Housatonic Community College campus, located at 900 Lafayette Blvd. in Bridgeport. It is home to one of the premier college art collections in the country, spanning the history of art from the ancient to the contemporary, and is on continuous display throughout the 300,000 square foot facility. The museum also hosts changing exhibitions in the Burt Chernow Galleries, and engaging lectures, workshops, films, special events and programs throughout the year, both in person and online. Visit www.HousatonicMuseum.org to learn more.