Details
Published on Wednesday, 13 January 2021 16:19
Written by Office of the Governor. 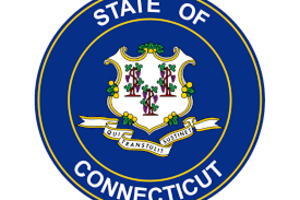 Governor Ned Lamont today announced that he has received notification from the Federal Emergency Management Agency that the request he made to President Donald Trump in September 2020 for a federal major disaster declaration in response to the damage caused by Tropical Storm Isaias has been approved for all eight counties in Connecticut, including the Mashantucket Pequot and Mohegan Tribes.

The declaration includes the approval of public assistance for the entire state, giving state agencies, municipalities, and the two tribal nations the ability to receive federal reimbursement for 75 percent of all eligible costs associated with repairing public infrastructure damaged by the storm.

The federal Hazard Mitigation Grant Program has also been approved statewide, which helps state agencies, municipalities, and the two tribal nations with the financial costs associated with implementing actions that can reduce or eliminate long-term risk to life and property from other natural disasters.

“This declaration will provide much-needed financial assistance to our state and its municipalities in covering the costs associated with emergency protective measures and repairing damage to public infrastructure that was caused by this devastating storm,” Governor Lamont said. “I thank the federal government for their partnership in these efforts.”

The damaging winds and rain from Tropical Storm Isaias, which impacted the state in August 2020, resulted in over 750,000 power outages statewide, some lasting for up to a week, as well as hundreds of blocked roads and damage to infrastructure, including hundreds of broken poles and damaged transformers. At least two reported fatalities and five serious injuries in the state are attributed to the storm.