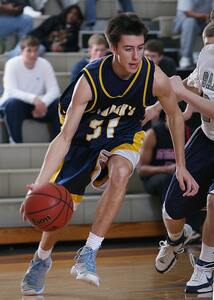 Governor Ned Lamont today announced that he has signed into law Public Act 22-11, which permits student-athletes in Connecticut to use their school’s names, logos, trademarks, mascots, unique colors, copyrights, and other defining insignia in endorsement contracts.

The measure is an update to a groundbreaking law the governor enacted last year that permitted student-athletes to receive money from the use of their name, image, and likeness – commonly known as NIL. That law, however, prohibited student-athletes from using their school’s logos and other insignia as part of these deals, which many argued was prohibitive in their efforts to obtain endorsements.

The modification was requested by the University of Connecticut, which argued that it would align Connecticut’s policies with other states and help them recruit students. Prior to the passage of this updated law, Connecticut was one of only two states that blocked student-athletes from using their schools’ logos.

The use of any logo or insignia will still need to be approved by the student-athlete’s school. Schools will also be required to enact a policy on use of their logo as part of any endorsement deal.

“Updating this law brings our policies in line with those enacted in the rest of the country, ensuring that student-athletes who choose to attend schools in Connecticut have the same benefit as their contemporaries in other states,” Governor Lamont said. “None of us want to inhibit the ability of our outstanding coaches to recruit talented student-athletes to Connecticut. We appreciate our athletes and our schools, and I am pleased to sign this into law.”

“For far too long, student-athletes have been denied the ability to benefit from use of their name, image, and likeness,” Senator Slap said. “The NCAA makes billions while our student-athletes, most of whom never go on to play professional sports, are left out. Last year’s bill changed that paradigm in Connecticut and I’m pleased we were able to build on that this year – ensuring we remain competitive with other states.”