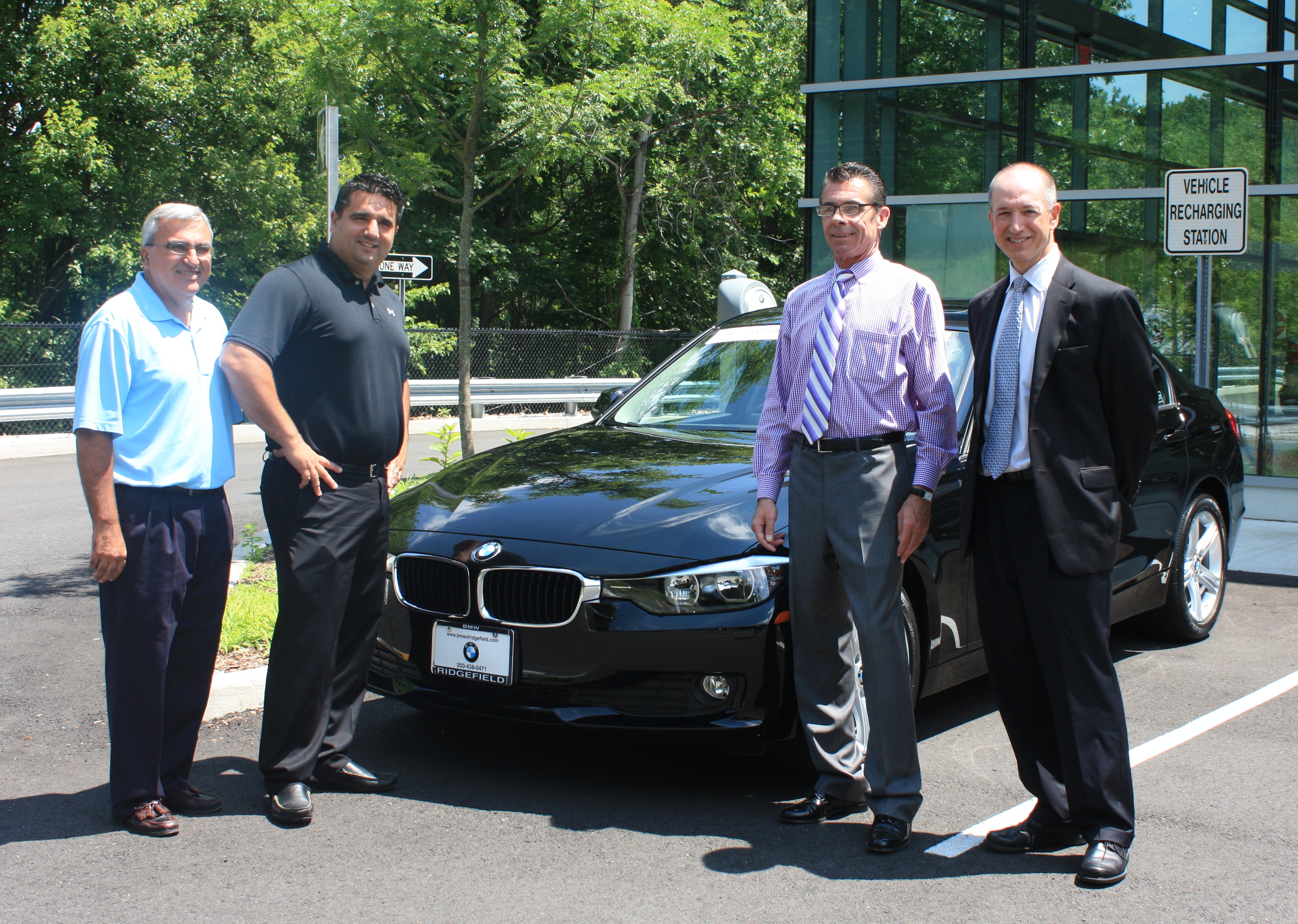 Steven DeMoura of Bethel beat the odds and made a hole in one at this year’s Annual Golf Classic by the Portuguese Cultural Center at Richter Park – winning a 2013 BMW 328xi. On July 18th, he stopped by to pick up his prize; a check in the amount of $40,275.

The tournament took place on June 5th, 2013. It was the 17th Annual Golf Classic, which BMW of Ridgefield has been sponsoring for nine years.

For Steve, it was not only his first personal hole in one, but also the first he has ever witnessed. His father, playing in the tournament only two foursomes behind him, was really excited to hear the news and so was his wife, who first did not believe it. Steve, who has a 7 months old son named Maxwell, was very happy to pick up the big check and still can’t really believe his luck.