Details
Published on Sunday, 11 August 2019 13:44
Written by The Ridgefield Playhouse 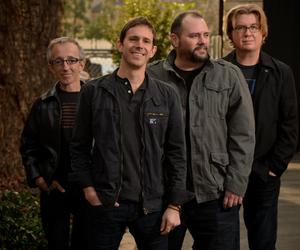 2019 marks two important milestones for Toad the Wet Sprocket! One is the 25th Anniversary of their Platinum album Dulcinea, originally released in 1994, which featured the hits “Fall Down” and “Something’s Always Wrong.” The second is the 30th Anniversary of the band’s very first album Bread & Circus, which was re-released commercially in 1989. Toad continues to support their latest releases, New Constellation (2013) and The Architect of Ruin EP (2015) and will be performing fan favorites like “Walk on the Ocean,” “All I Want,” “I Will Not Take These Things for Granted” and many more at The Ridgefield Playhouse on Sunday, August 25 at 8pm.

Terra Lightfoot will open the show. This event is part of Pepsi Rock Series powered by Xfinity. As part of the summer tour, Toad will be supporting The Sierra Club and their efforts to “Protect the Future and Our Earth.” Make it a great night out with dinner and a show! Visit Bailey’s Backyard (23 Bailey Avenue, Ridgefield) for an early dinner and receive 10% off when you show your ticket! Media partner for this event is 95.9 The Fox - Fairfield County Rocks.