Broadway comes to Brookfield with performance of 'Love Letters' 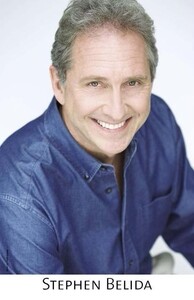 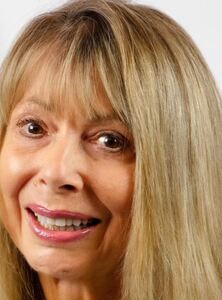 Broadway is coming to Brookfield with a three-performance production of “Love Letters,” the A.R. Gurney play of love and missed opportunities that was a Pulitzer Prize finalist.

Brookfield residents Gwen Arment and Steve Belida are Broadway actors and producers who offered to stage the play as a fundraiser for the Brookfield Library Foundation on Oct. 1, 2 and 3.

“We are so lucky to have world-class performers who love Brookfield and are willing to give back to the town,” said Janice Belden, a director of the Library Foundation and chair of the fundraising committee. “You will be able to enjoy a Broadway-caliber performance — without the drive.”

Arment and Belida met while performing together on tour in “The Best Little Whorehouse in Texas.” They have since performed together and individually in theater and on television, and also have produced Broadway shows, including “Come From Away,” and “The Prom.” Belida recently played the role of Alan in the Off-Broadway revival of the musical “BABY!” which was directed by Arment.

“We are honored to have been asked,” said Arment and Belida. “And we are truly delighted to perform this very special piece for the benefit of raising funds for our precious library and thus helping our entire community.”

The performances, which will be staged at the Brookfield Theatre for the Arts next to the library at 184 Whisconier Road, will include an opening night after-party on Friday, Oct. 1. The Friday and Saturday performances will start at 7:30 p.m. The Sunday, Oct. 3, matinee performance will begin at 2 p.m. Tickets are available at Brookfieldtheatre.org.

“Love letters,” which originally opened in 1988, features two characters who began writing letters to each other in boarding school. The actors sit side by side on stage and read the notes, letters and cards that reveal the nearly 50 years of hopes and ambitions, dreams and disappointments, victories and defeats that have passed between them throughout their lives.

The Library Foundation is raising funds to help the town build a new library building to replace the outdated and cramped building.