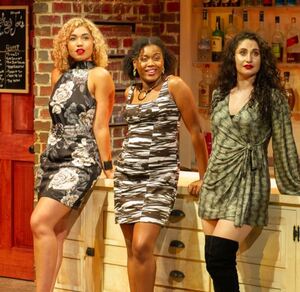 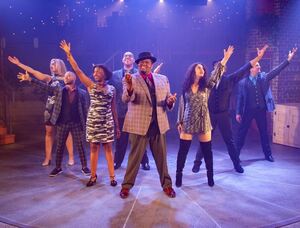 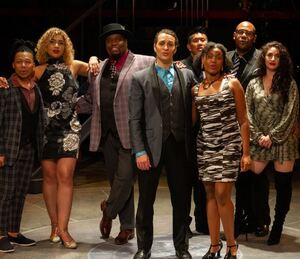 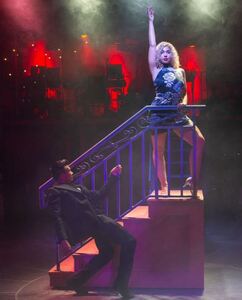 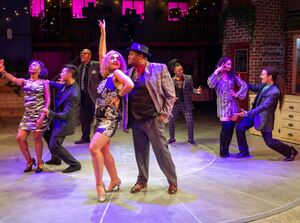 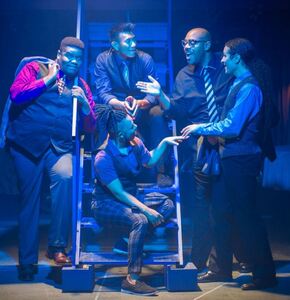 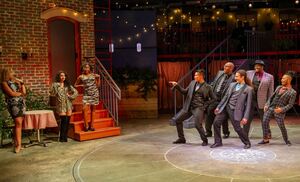 ACT of Connecticut has just released photography from the first production of their 2021-2022 Season, the record-breaking Broadway smash-hit musical revue, Smokey Joe’s Cafe - The Songs of Leiber and Stoller.

Tickets are now available on ACT of CT website here.

One of Broadway’s longest-running hits, Smokey Joe’s Cafe is a celebration of the legendary songwriting team of Jerry Leiber and Mike Stoller, who virtually invented Rock ’n’ Roll. This high-energy and fast-paced show features nearly 40 of the greatest songs ever recorded including “Jailhouse Rock,” “Stand By Me,” “Yakety Yak,” “Hound Dog,” “On Broadway,” “Spanish Harlem,” and many more. Smokey Joe’s Cafe is not only a fun-filled night of 1950’s Rock n’ Roll, it's electrifying musical theatre that will leave you flying high!

Broadway veteran Stephanie Pope Lofgren makes her ACT of CT debut as the production’s director and choreographer. An original cast member of the musical’s West End production, Lofgren has more than ten Broadway credits to her name, including Pippin, Chicago, Fosse, and Kiss of the Spider Woman. She was hand-picked by Bob Fosse and Gwen Verdon to appear in the first revival of Sweet Charity and Fosse’s Big Deal, and has shared the stage with such luminaries as Chita Rivera, Debbie Allen, Ben Vereen, Gregory Hines, and Phylicia Rashad.

Smokey Joe’s Cafe - The Songs of Leiber and Stoller is presented by arrangement with Concord Theatricals.

ACT (A Contemporary Theatre) of Connecticut is a nonprofit 501(c)(3) professional Equity theatre located in Ridgefield, CT. Founded in 2018 by Katie Diamond, Daniel C. Levine, and Bryan Perri, ACT of CT presents limited engagement runs of well-known musicals, as well as world-premiere productions by the next generation of writers and composers. In addition to fully produced mainstage productions, ACT of CT’s programming also includes a New Works Series, a Broadway Unplugged Series, and an extensive theater education program. With its 182 seats and turntable stage, the theater offers an intimate, unique, and immersive theatrical experience for its patrons. Given the proximity to New York City, ACT of CT has access to top theatre talent and professionals and, in just three seasons, has become one of the most well-known and highly respected regional theatres in our area. ACT of CT is dedicated to inspiring, creating and nurturing a culturally diverse and equitable environment for its staff, creative teams, cast, musicians, crew members and audiences.