Details
Published on Monday, 03 August 2015 11:49
Written by The Danbury Library 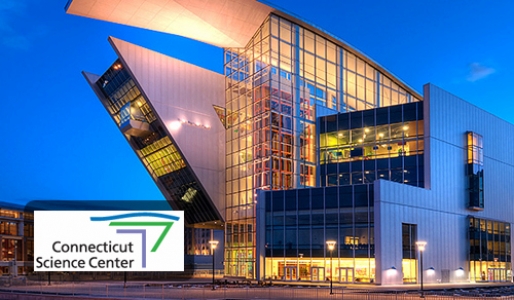 The Connecticut Science Center’s Teen Innovation Program has expanded its services with the location of its first satellite program at the Danbury Library this summer. Now in its fourth year, the Center’s program has expanded to include middle school as well as high school students, with the total number of participants climbing to more than eighty this year.

The Science Center’s Teen Innovation programs were launched in the summer of 2012 to bring together urban teens to learn STEM (science, technology, engineering, and math) principles, gain work experience, engage in peer-to-peer mentoring and 21st century skill-building, and work alongside established scientists. Designed as a pipeline program, Teen Innovation engages students through their first year of college, with students returning each summer to complete progressively challenging projects. Beginning in their second year of participation, students are paid as interns. High-school age “ambassadors”, who have completed several summers worth of programs, act as mentors for younger incoming “apprentices”.  In addition, ambassadors gain real-world job skills as they take on advanced tasks including project budgeting and research.

“Teen Innovation programs let teens experience science as working scientists and engineers do: they envision an exhibit or a robot challenge, then design, test, experiment, and redesign until they achieve the goal they set out to accomplish,” said Hank Gruner, Vice President of Programs at the Connecticut Science Center. “Teen Innovation program participants are preparing themselves for careers in Connecticut’s STEM workforce, which is essential to maintaining our place as a science and technology leader.”

Twelve Danbury students are currently enrolled in the four week program, with sessions held at the Library and Danbury Hackerspace.  Program content covers coding, design, 3D printing, robotics, arduinos, Raspberry Pi programming, and drones. In conjunction with their educational sessions they will also be sharing their projects and exhibits with library customers as they progress.

“We are inspiring the future,” says Aurelio Muraca, Danbury Library‘s Technology Program Coordinator.  “As a result of this new partnership with the Science Center, the Library is quickly becoming the epicenter of sparking ideas that become reality. It’s amazing to see the ideas generated by these kids and how fast they put them into action. The value of this program will reverberate for years to come - the look on their faces says it all.”

"We're really excited to be part of this project," said Mike Kaltschnee, co-director of the Danbury Hackerspace. "We are excited to help bring this program to Danbury. We need more kids in STEM-related careers and this program will help the students learn about these jobs.”