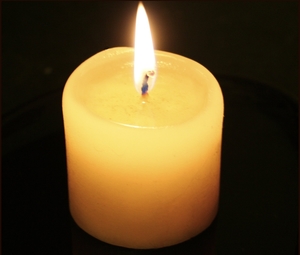 Carolyn Margaret (Youngs) Morehouse, 87, of Brookfield, formerly of Danbury, the wife of the late Charles D. Morehouse, died at her home on Sunday, July 12, 2020.

Mrs. Morehouse was born in Bridgeport, CT, on October 1, 1932, daughter of the late James F. and Marion (Rowe) Youngs. She attended Bridgeport schools, Bassick High School and was a graduate of the Bridgeport Hospital School of Nursing. A Registered Nurse, Mrs. Morehouse was employed at the Danbury Hospital from 1954 to 1972 and the former Danbury Pavilion (now Maplewood of Danbury) from 1972 to 1997.

Mrs. Morehouse lived most of her adult life in Danbury. She was a Cub Scout den mother enjoyed bowling, reading, and traveling by RV with her husband of 63 years, visiting nearly every state of the country and into Canada. Mrs. Morehouse most especially loved spending time with her family.

She will be missed by her five children, Charles David Morehouse, Jr. and Robert Morehouse of Danbury, Nancy Yamin, and Susan St. Hilaire of Brookfield, and William Morehouse and his wife, Taralee of Zephyrhills, FL; nine grandchildren, Brian and Kyle Morehouse, Jane and Michael Yamin, Kate and Anne St. Hilaire, and Skyla, Aaden, and Sean Morehouse, and by her many great-grandchildren.

Contributions may be made to Masonicare Hospice c/o The Masonic Charity Foundation of CT, P.O. Box 70, Wallingford, CT 06492. (Due to the concerns facing us all at this time regarding social gatherings, all funeral services will be held privately for the immediate family.)