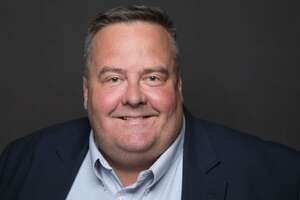 McGovern will be recognized on Saturday, May 1 at 7pm at the Immaculate “Light the Way” Virtual Gala and Auction.

Also being honored is John Capilli of Ridgefield who will receive the Distinguished Service Award.

A 1989 graduate of Immaculate High School, Brian McGovern is being recognized with the 2021 Nancy K Dolan award for his leadership and continuous commitment to fostering the mission of the school.

During his time at Immaculate, Brian enjoyed playing varsity hockey and was a member of the math league.  He continued his studies at Western Connecticut State University to earn a Bachelor’s Degree in Chemistry.  Brian has always been an active member of his Class ‘89 with planning reunions and became directly involved with the school in 2009 as a member of the School Advisory Board.  His leadership roles included creating and implementing a technology plan that introduced the use of laptops and projectors in the classroom. As an alumnus, Brian wanted alumni to become re-engaged with the school and launched a campaign to capture class data so that the school could communicate with alumni and to reignite what is now a very vibrant Immaculate Alumni Association whose members are able to connect, participate in school fundraising events and who support alumni scholarships.

Brian is currently a General Manager at Mitratech and oversees the company’s industry- leading workflow management product, delivering business results across a variety of industries.  Prior, he served as Senior Vice President, Chief Data Officer, Legal Operations at American International Group, Inc. where he led the transformation of the company’s legal operations department, was AIG's Vice President and Global Head of Implementation and Process Performance Management as well as other executive-level positions with Merrill Lynch, GE, and Credit Suisse.

A resident of Brookfield Connecticut, Brian and his wife Janet have three children. Morgan is  a junior at the University of South Carolina majoring in International Business; Devin Class of 2021 at Immaculate has been a four-year varsity swimmer, captain of the swim team and holds three all-time IHS swim records; Garrett, is in middle school and is an avid baseball player. In his spare time, Brian works with non-profit organizations in his community.
In addition to his professional and volunteer leadership, Brian was honored with the 2015 Association of Corporate Counsel Value Champions Award and by