Details
Published on Friday, 24 September 2021 10:58
Written by Office of the Governor. 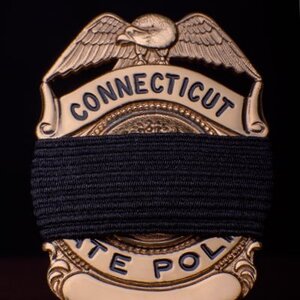 Commissioner Bradford had a long, distinguished career in public service. He proudly served as a Connecticut State Trooper for 22 years. He entered the Connecticut State Police Academy in 1974 and rose through the ranks, retiring as major in 1996.

Following his service with the Connecticut State Police, he worked for several years as the head of security for the National Football League. In 2011, he returned to public service in Connecticut when he was appointed by Governor Dannel P. Malloy to serve as commissioner of the Department of Emergency Services and Public Protection, becoming the first African American to hold this position. He served as commissioner until his retirement in January 2014.

“Commissioner Bradford was a loyal public servant, and someone who cared deeply about our state and its residents,” Governor Lamont said. “He had decades of distinguished service with the Connecticut State Police, and then continued his service to the State of Connecticut as the commissioner of the Department of Emergency Services and Public Protection. He was tough, devoted, and someone who the people of our state depended on. I send my deepest condolences to his family.”

“Commissioner Bradford spent a lifetime dedicated to public safety,” Commissioner Rovella said. “His groundbreaking rise through the ranks and service as commissioner continues to be an inspiration to us all. Commissioner Bradford led our department through many presidential emergencies, as well as our state’s response to the Sandy Hook tragedy. He was a true leader to all those who served under him. We mourn the loss of a great person.”

U.S. and state flags are being lowered in his honor at all Department of Emergency Services and Public Protection buildings throughout the state, including each of the Connecticut State Police barracks.