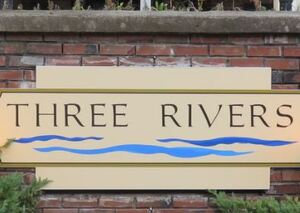 The Connecticut Department of Public Health (DPH) today is announcing an emergency order issued by Acting Commissioner Deidre S. Gifford MD, MPH for the immediate discharge and transfer of all residents of the Three Rivers Nursing Home in Norwich. The facility has been experiencing an outbreak of COVID-19 since late July that has so far infected 22 residents and six staff at the facility. A number of the impacted residents needed to be hospitalized, and four have died.

An investigation conducted by DPH into that outbreak revealed numerous violations of infection control, staffing, and other practices at Three Rivers that warranted the appointment of a temporary manager to run the facility. That temporary manager, Kathrine Sacks, took over operations at the Three Rivers late last week and has subsequently reported to DPH that the serious, systemic problems still existing at the nursing home were too great to be corrected by the date of September 30, 2020 as required under federal regulations. In addition, these challenges posed a serious ongoing risk to the health and safety of Three Rivers residents.

“Today marks a very sad but necessary step we must take to keep the residents of this nursing home safe and healthy,” said Acting DPH Commissioner Gifford. “Closing a nursing home such as Three Rivers is a complicated process and we are committed to doing it in an orderly way to minimize disruption in the lives of residents. This has been a home for many, and now residents will begin to move out. The Department issued this order because this facility simply could not make the necessary changes in time to meet the federal mandate, because of numerous challenges. This represented a risk to the health and safety of residents and staff and so we were compelled to act, based on the recommendation of the Temporary Manager we appointed. Many nursing homes in Connecticut are getting it right when it comes to managing the COVID-19 pandemic with this very vulnerable population. Three Rivers, unfortunately, was not one of them.”

On August 24, 2020 DPH issued several deficiencies against Three Rivers Nursing Home for several federal and state regulatory violations, most of which involved failure to adequately control a recent outbreak of COVID-19 in the facility. DPH imposed upon Three Rivers a Directed Plan of Correction requiring the facility to implement several immediate actions, including the appointment of an Infection Control Nurse Consultant, to mitigate further spread of COVID-19 and bring the facility into compliance with federal and state law. DPH continued to monitor the facility actively and found significant additional and ongoing deficiencies. The facility failed to maintain adequate staffing levels and failed to meet infection control standards.

Based upon the nature and severity of the ongoing violations, on September 10, 2020, DPH amended the Directed Plan of Correction to require Three Rivers to turn over the operation of the facility to a Temporary Manager and approved Kathryn Sacks, an attorney and licensed Nursing Home Administrator, as Temporary Manager. The appointment of a Temporary Manager is an enforcement action that DPH can take when a facility is not substantially complying with federal and state law and such failure is a persistent and widespread threat to the health and safety of residents.

In addition, Temporary Manager Sacks found other on-going management, staffing, and financial issues that she did not believe could be fixed by September 30th. These issues significantly threatened the health and safety of both the residents and the staff. Consequently, Sacks recommended that DPH order the Facility to discharge all residents to other facilities as soon as possible.

Given the scope of the facility’s serious deficiencies, DPH has concluded that the facility cannot be brought into compliance with federal and state regulatory requirements by the time permitted under federal law and the Department’s Order and that the facility’s continued operation presents a meaningful risk of harm to the Facility’s residents. To protect the health and safety of the facility’s residents and staff, DPH is issuing an emergency order pursuant to Connecticut General Statute §19a-534a requiring the facility discharge all residents to appropriate licensed facilities, in consultation with DPH and under the direction and authority of the Temporary Manager.

Three Rivers residents will start to be discharged in the coming days. Those who are still COVID positive will be transported to the Riverside COVID Recovery Facility in East Hartford to complete their recoveries, and those who test negative will be discharged to the nursing homes of their choice. The Office of the Long Term Care Ombudsman is involved and assisting with overseeing the process.
Documents related to the investigation into Three Rivers Nursing Home including the statement of deficiency related to the COVID-19 outbreak, and the violation letter outlining the appointment of a temporary manager, are available online by searching for it by date (between August 25-September 16). A copy of the signed and executed emergency closure order with charges listed is attached to this news release.