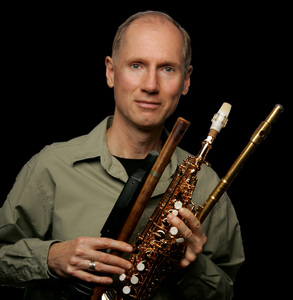 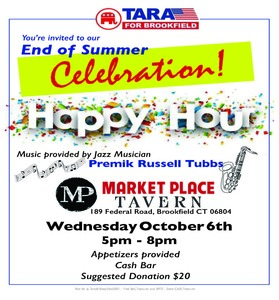 The Brookfield Republican Town Committee and the Tara For Brookfield campaign will sponsor a Happy Hour at Market Place Tavern on Federal Road in Brookfield across from Costco on Wednesday, Oct 6th from 5-8pm. All donations are welcome.

Jazz music will be provided by Premik Russell Tubbs - a composer, recording artist, instructor and accomplished multi- instrumentalist performs on various flutes, clarinet, soprano, alto and tenor saxophones, wind synthesizer and lap steel guitar. He has performed and/ or recorded with such greats as Sting, Whitney Houston, Herbie Hancock, Carlos Santana, Billy Joel, Lady Gaga, James Taylor and many others.

Premik also composed the score for the award winning documentary Living River, directed by Vinit Parmar, about the environmental challenges facing the Ganges River in India. He has also toured extensively in India & Bangladesh as well as throughout Europe and the U.S. and was a featured performer in the “One World, One Music” concert series with world-renown violinist Dr. L. Subramanium from India.

Since 2008, Premik has been part of the house band for Sting & Trudy Styler’s Concert for the Rainforest at Carnegie Hall and Beacon  Theater. Since 2010 Premik has also been the on-call wind player for Grammy winning producer Will Ackerman at Imaginary Road Studios in Brattleboro Vermont.

Join us for a fabulous night under the tent!