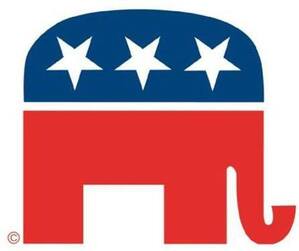 The Brookfield Republican Town Committee (BRTC) re-elected George Blass as its Chairman at their regular meeting on March 15th. Blass, a 30-year Brookfield resident, businessman and long-time member of the Planning Commission, was unanimously voted in for another 2-year term. Rose DeMarco, current Vice Chairman, easily won against a challenger 18-7. Andrew Koehm, who had run for the Board of Finance last November, was unanimously elected as Treasurer. Linda (Gwen) Arment, who had run for the Board of Education last November, was elected as Secretary.

The BRTC has welcomed many new members after working on the campaign to support the election of Tara Carr who successfully ran for Brookfield First Selectman last fall. “Team Tara” as they prefer to be called, recently organized a Candidate Forum at Whisconier Middle School. All candidates running for office locally and statewide were invited to attend. The event was held prior to the State Convention last weekend. Over one hundred people attended as well as 17 candidates. Tarr Carr opened the event and welcomed all guests to Brookfield. Stephen Belida acted as Master of Ceremonies.

The new Leadership team would like to thank their supporters for their enthusiastic participation and commitment.