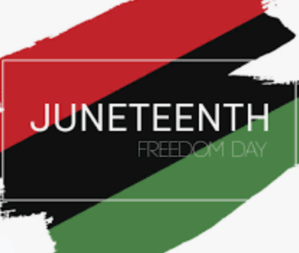 Juneteenth, also known as Freedom Day or Emancipation Day, is the oldest known celebration commemorating the end of slavery in the United States. While the Emancipation Proclamation became effective on January 1, 1863, the news took time to make its way around the country. As such, it was not until June 19, 1865, when the Union army brought word of the proclamation to enslaved people in Galveston, Texas, making them among the last to be freed.

“Juneteenth marks an important day in our nation that for far too long has gone underrecognized and has not been truly appreciated to the extent that it should be as a major part of United States history,” Governor Lamont said. “While some elected officials in other states are working to block efforts to teach the true history of our nation, it fills me with pride that here in Connecticut we are embracing that history and working to educate everyone about how our nation was built and the significance of what this day means. I firmly believe that ignoring the reality of slavery and the impact that it has had on the United States for many, many decades after it was outlawed is an injustice and does not benefit anyone, of any race or ethnicity. Honoring and celebrating Juneteenth is a reaffirmation that a democratic society is not great because it is the perfect way to govern people, but because people have the ability to fix the imperfections of government and create a stronger, fairer, and more just future.”

Governor Lamont added, “I particularly want to recognize the Black members of the Connecticut General Assembly for working to advance this bill through the legislature. I watched the debate in the House on the day this bill passed, and it was undoubtedly one of the most emotional discussions I have seen in either chamber in a very long time. Listening to my Black colleagues speak their truths on the floor of the House – particularly Representative Toni Walker, whose testimony that day was especially poignant and filled me with emotion – was a master class in why Juneteenth should be a legally recognized state holiday. I am thankful to have had the opportunity to listen to that discussion, and it fills me with immense pride to sign this bill into law.”

The effective date of the legislation as approved by the General Assembly is October 1, 2022, meaning that the first time Juneteenth Independence Day is legally recognized as a state holiday in Connecticut will be on June 19, 2023.

By law, legal state holidays are bank and credit union holidays, during which time, bank and credit union transactions are generally suspended. The decision to close public schools on Juneteenth Independence Day will be made by each local school district. By law, each local and regional board of education that remains open on a legal state holiday must hold a suitable educational program in observance of the holiday.

The legislation was approved with the near-unanimous support of lawmakers in the General Assembly, by a vote of 148 to 1 in the House of Representatives and 35 to 1 in the Senate.