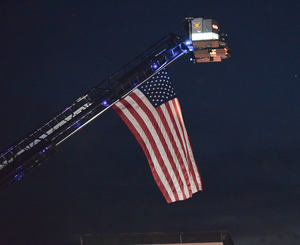 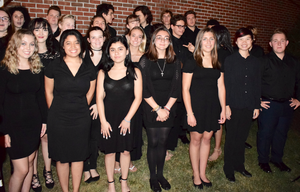 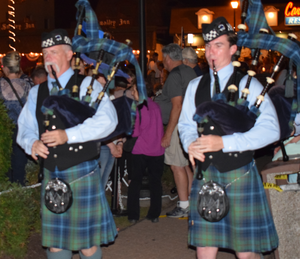 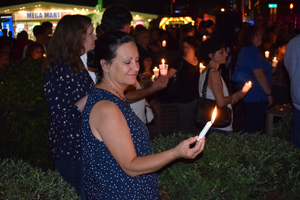 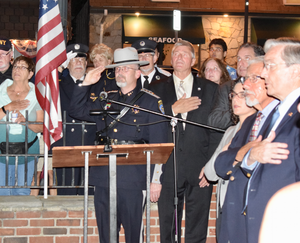 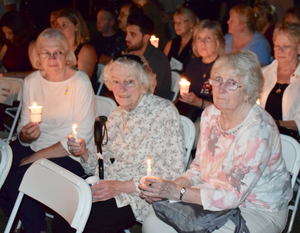 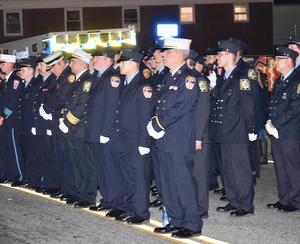 Putnam County paid respects to the victims of 9/11 last evening with an emotional ceremony at Spain Cornerstone Park on Wednesday Evening.

The solemn ceremony began with the presentation of the colors escorted by the Stephen P. Driscoll Pipe band from the Fraternal Order of Police Lodge #704 here in Carmel. The band was named in Honor of NYPD Officer Steven Driscoll who perished on 9/11 while assisting civilians in the Towers .

After a moving rendition of our National Anthem by the Mahopac High School Acappella Coalition and Pledge of Allegiance by Sheriff Langley, there was an invocation by Rabbi Sarah Freidson of Temple Beth Shalom. Keynote Speaker Judge John W. Sweeney took the mic and shared his thoughts on the day. He asked that “everyone remember 9/12 and how we treated each other that day and asked all to remember that and live each day like that instead of getting  caught up in the “political divisiveness” that abounds in our country toady.

The Kent Police Cadet Corp handed out vigil candles to the crowd and lit them just prior Eric Gross’ “Rroll Call” of names already established on the Memorial Wall.

After the names of Putnam County Residents that perished that day Mr. Gross read the names of 2 First Responders from the Carmel area who were added to the memorial this year, FDNY Firefighter Thomas Lyons and NYPD Officer Thomas Roberts, both of whom passed away this past year due to health problems related to 9/11.

A wreath was laid at the memorial by family members  as the Stephen P. Driscoll played “Amazing Grace” and Sgt. Joseph Baldana of the NY State National Guard and Carmel High School Student Jack Recher played taps. There was nary a dry eye in the crowd of several hundred by the time of closing remarks and a finale by the MHS Acapella Coalition.

The Knights of Columbus, Our Lady of The Lakes Council #6318 was host for a small reception afterwards at their Council Hall across the street where the general public, friends and family of those honored, reminisced, cried and there even a laugh or two as everyone shared stories of those lost due to the attacks of 9/11.