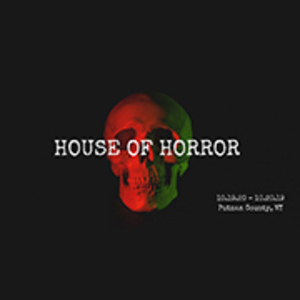 Horror shorts of indie filmmakers from around the world.

Our first of three, 2-hour sessions, screening horror shorts from independent filmmakers, around the world.

The House of Horror Film Festival is a one-of-a-kind, horror film festival, nestled in the Hudson Valley of New York. In only it’s second year, the film festival has expanded to an entire weekend of fun & gore.

The films being shown in this session are:

When a young couple starts receiving disturbing mail from an unknown sender, their seemingly ideal relationship begins to unravel.

Three years after Samantha Reynolds kills the man who brutally attacked her in her home, she begins to struggle between what is real and what is not.

VESSEL is a short film that explores the supernatural and the need for control.

There’s Nothing in the Shed

You had your chance to be you.

Crazy for the Blonde

Two serial killers compete for the same victim, a blonde-haired woman who has plans of her own.

A Journey of three men into a dark and obscure forest, with a past concealed in mystical secrets.

A detective is held captive by a cult who believes him to be their savior.

A musician has been rumored to have sold their soul to learn how to play the guitar.

Adam, a re-animated being with a tortured soul seeks out his creator when the pursuit of his mate ends disastrously.

Dick Linksman plays a slimy film producer who plans on remaking famous B-movie director William Lewis’ film Meltozoid! But what he doesn’t plan on is William Lewis returning from the grave to make sure the film is left untouched!

a brilliant student who is bullied in high school and suffers from OCD reluctantly joins her popular friends at a horror-themed Escape Room game. When the group realizes that a revenge-seeking Game Master has set them up in a custom-made deadly trap, the five teenagers start turning on each other.

Visit Arts On The Lake web page for more information on this and other events.