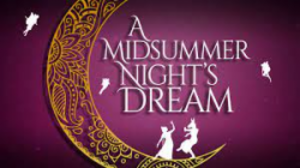 The CHS Drama Club will be performing Shakespeare's "A Midsummer Night's Dream" on Friday, Dec. 10th at 7pm and Saturday, Dec. 11th at 2pm and 7pm. Come out and support the cast and crew!  Tickets available online NOW!

A Midsummer Night's Dream is a comedy written by William Shakespeare c. 1595 or 1596.

The play is set in Athens, and consists of several subplots that revolve around the marriage of Theseus and Hippolyta. One subplot involves a conflict among four Athenian lovers. Another follows a group of amateur actors rehearsing the play which they are to perform before the wedding. Both groups find themselves in a forest inhabited by fairies who manipulate the humans and are engaged in their own domestic intrigue. The play is one of Shakespeare's most popular and is widely performed.