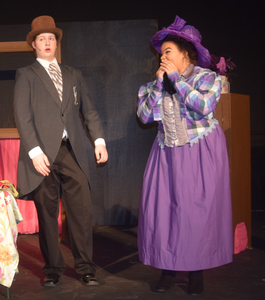 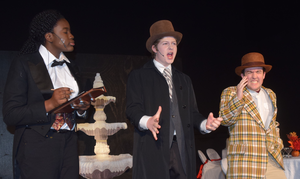 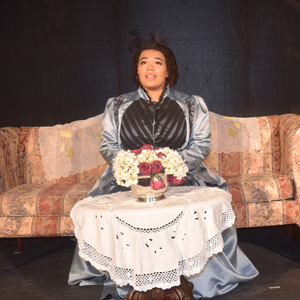 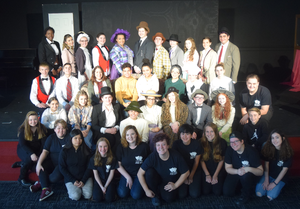 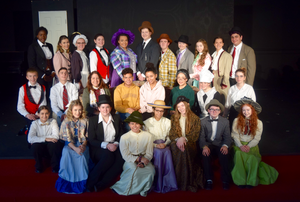 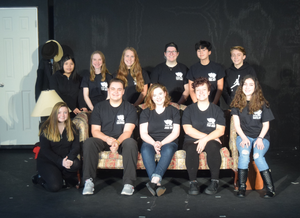 In this farce by renowned playwright Thornton Wilder, a wealthy merchant in 19th century Yonkers, Horace Vandergelder played by Ben Hitchcock, decides to take a wife and employs a matchmaker, Mrs. Dolly Levi, played by Alieyah Brown, to find him the perfect bride.

“I am so grateful to have been casted as Dolly and so excited to be working with an amazing cast and crew,” explains Alieyah, “It’s going to be an amazing show.”

Dolly subsequently becomes involved with two of Vandergelder’s clerks, several lovely ladies and the headwaiter at an expensive restaurant where this swift farce runs headlong into hilarious complications. Everyone gets straightened out romantically in the end, as nature runs its course (with a little help on the side). The play is the basis for the popular musical “Hello, Dolly!”

The students have been working since the beginning of September developing their characters. “The role of Horace Vandergelder has definitely been one of the harder roles I’ve played,” describes Ben Hitchcock, “but I have learned a lot through this process.”

Student Directors, Julie Daza and Anthony Velez, under the guidance of the club’s Drama Advisor, Margaret Carey, direct this classic comedy. “My experience as a director was challenging but I will be forever grateful for it,” stated Anthony, “It assisted in the realization that teamwork is truly the most important aspect of theatre.”

“The Matchmaker” is presented by special arrangement with SAMUEL FRENCH, INC.

"The Matchmaker" will be held at Carmel High School, Casey Hall 30 Fair Street, Carmel NY. Ticket will be be sold at the door. For the best seats purchase your advanced tickets online at carmeldramaclub.weebly.com.