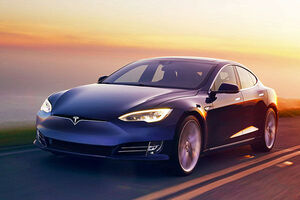 Harckham’s new legislation is similar to recent mandates issued in California regarding zero emission vehicles to fight air pollution and increased production of greenhouse gases. To date, 14 other states have adopted already zero-emission laws for vehicles. The new laws are causing automakers to ramp up development of fully electric and hybrid-powered vehicles.

“It’s time to intensify our fight against climate change, and a logical step is requiring vehicles to be entirely free of carbon and other toxic emissions,” said Harckham. “We can no longer wait on the White House or car and truck manufacturers to make this important determination. The climate crisis that we are facing can only be averted with decisive action. The changeover to zero emission vehicles is just one part of a larger, all-out initiative necessary to save our planet.”

“With New York, California and other states having the same zero-emissions vehicle policies,” continued Harckham, “the combined market share will certainly incentivize other states to follow suit.”

New York’s CLCPA outlines nation-leading climate targets. To reach the goal of 85% reduction in greenhouse gas emissions by 2050, it is necessary to aggressively pursue bench marks that will reduce emissions from personal motor vehicles. Personal transportation accounts for roughly 20% of American’s greenhouse gas emissions. By eliminating this as a source of emissions, New York will be one step closer to meeting its climate change goals.

Harckham added that he hoped the change-over in-state sales to zero emission vehicles could take place sooner than 2035. The newly introduced bill, which will amend state environmental law, targets 2045 for when total fleet transitions for zero emission trucks and buses should take place.

To encourage the meeting of the zero-emission requirement, Harckham’s legislation specifies that CLCPA’s Climate Action Council and various state agencies, including the Public Service Commission, accelerate the development of affordable fueling and charging options for zero emission vehicles, with a focus on ensuring access in low-income and economically disadvantaged communities.

The legislation even takes the in-state zero emissions requirement one step further by asking the state’s Department of Motor Vehicles, Department of Transportation and other agencies to formulate a strategy within a year to improve clean transportation and sustainable transit options while also encouraging micro-mobility options, like bike and scooter-sharing.

Lastly, Harckham’s bill looks toward the zero-emission era by asking that regulatory processes to transition away from oil and fossil fuel production facilities be expedited, with progress in this regard to be reported by July 15, 2021.