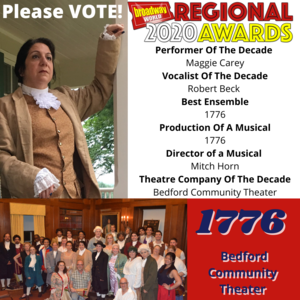 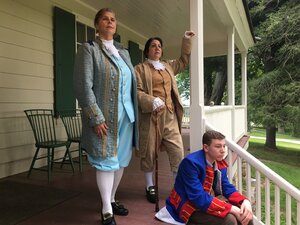 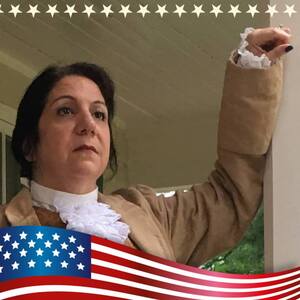 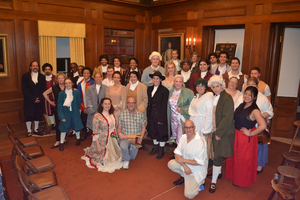 Longtime HamletHub Editor Margaret (Maggie) Carey has been announced as the recipient of BroadwayWorld.com's Performer of the decade for the Rockland/Westchester Region.

The 2020 BroadwayWorld Awards - which were back bigger than ever, celebrate the best in local theatre of the past decade!

Carey had been nominated for Performer of the Decade for her performance as John Adams in "1776", a gender blind presentation of the Tony Award-winning musical presented in 2017 by the Bedford Community Theater at the John Jay Homestead in Katonah, NY.

The public submitted the nominees and voted for their favorites. You can check out the full results by clicking here!

Community theatre productions, student productions, and college productions were all included! (Please check respective category rules.) Eligibility was for productions which opened between 2011 and September 30th, 2020. Voting ran through December 31.

The 2020 BroadwayWorld Regional Awards are presented by TodayTix.

Want to be notified when nominations open for 2021? Sign up here!