Details
Published on Monday, 03 May 2021 08:43
Written by Office of Assemblyman Kevin Byrne 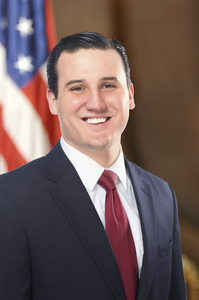 “We already know the CLCPA will likely have a huge negative impact on the state’s economy by imposing more costly bureaucracy and limitations on how people can access and harness their energy needs. Given that we are still recovering from the effects of the ongoing COVID-19 pandemic, a cost-benefit analysis of this legislation is absolutely necessary,” said Byrne. “Providing clean and renewable energy for our state is a bipartisan issue we should all be able to get behind, but we also must make sure it remains an affordable option and that we do not simply force more unaffordable costs onto the New York consumers.”

In a letter to the CAC, Assemblyman Byrne joined Assembly Minority Leader Will Barclay (R,C,I-Pulaski) and Phil Palmesano (R,C,I-Corning), the conference’s Ranking Member on the Assembly Committee on Energy, to express their concerns that the CLCPA mandates will harm New York’s economy. Projections show the economic and fiscal implications of the policy will total billions of dollars per year in increased taxes and utility bills. To that end, Multiple Intervenors is respectfully requesting the CAC commence a fiscal impact study immediately, as the recommendations of several CAC Advisory Panels are due to be delivered before the end of the month. A letter from members of the Assembly Minority Conference to the CAC is available here.

“The CLCPA will clearly have a wide-ranging impact on every aspect of our state’s economy. Some studies and estimates have shown the implementation of the CLCPA will cost billions of dollars annually in higher taxes, utility bills and expensive home and business retrofitting and conversion costs for families, farmers, small businesses and manufacturers,” said Palmesano. “Clean and renewable energy should certainly be a part of our state’s energy portfolio and policy; however, affordability and reliability are of equal importance and must be addressed. It is imperative that a full and transparent cost-benefit analysis take place to let our citizens know the true and total actual costs this will have on them, our business community and our state before moving forward with the full implementation of the CLCPA.”

Nearly 70 signatories demonstrated their support in a letter urging such an analysis immediately be conducted before wholesale changes are made that severely damage the state’s energy grid and economy. To see the letter drafted by National Fuel and the Independent Power Producers of New York as well as the list of the businesses and labor groups who support this please click here.

“From the beginning I have expressed concerns that the CLCPA demands unrealistic and costly energy goals, rather than common-sense policy,” said Barclay. “We are calling on our colleagues in the Legislature and the governor to require the CAC to oversee a cost-benefit analysis of the CLCPA. There is still much we don’t know about the CLCPA, and with families and businesses just beginning the years-long process of recovering from COVID-19’s economic devastation, we must be certain this environmental mandate does not further hinder their economic recovery. While preserving the environment is important, a complete cost analysis must be performed before forcing ratepayers to assume another financial burden.”

The CLCPA has been billed as “New York’s Green New Deal.” The measure, if approved in its current form, would result in massive new costs to consumers and job losses in multiple business sectors. New York only contributes 0.5 percent of carbon emissions globally and 3.3 percent in the U.S.

On behalf of 70 large industrial, commercial and institutional energy consumers who have expressed concerns about the lack of financial consideration for these policies, Multiple Intervenors said, “Ultimately the CAC members need to protect New York state businesses and the hundreds of thousands of people they employ.”

Assemblyman Byrne represents NY’s 94th Assembly District, which includes portions of Putnam and Westchester counties. Byrne is the ranking minority member of the Assembly Committee on Health, serves as chair of the Assembly Minority Program Committee.