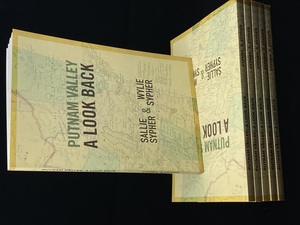 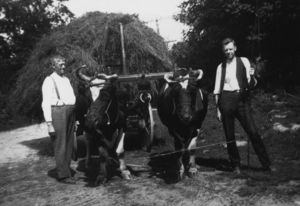 The Putnam County Historian’s Office is pleased to announce the publication of Putnam Valley: A Look Back by local historians Sallie and Wylie Sypher.  The authors have chosen aspects of Putnam Valley’s history that are particular to the town or that the Syphers considered especially significant, but sometimes little known.

The new book views Putnam Valley’s history from its beginnings right up to the pandemic of 2020-2021.  The Syphers have taken a fresh look at the defrauding of the Wappingers, the treason of Beverley Robinson, the hard winter in the Revolutionary War encampments, Putnam Valley’s separation from Philipstown and its do-it-yourself early town government.  Neither the town’s hardscrabble farming nor its brief iron mining boom could prevent the exodus of more than 60% of the town’s population.   The Syphers describe the remarkable reign of Harry Silleck for nearly half a century and how the surprisingly efficient Democratic organization corralled the votes of the newest residents, the summer people.

In bringing their story up to the present, the authors look at some of the controversies of the post-Silleck period, such as the anti-tax movements, the school district wars, and the proposed rerouting of the Taconic State Parkway.  They highlight Putnam Valley’s transition to a suburban town and the many changes in town government that we take for granted.  They describe the environmental challenges resulting from the community’s past as a summer community, but they also point to the extraordinary amount of open space and parkland that distinguishes the town.

In writing this book, they Syphers were able to take advantage of many archival sources, especially those in the Historian’s Collection in the Putnam County Historian’s Office.  They have also benefited from its photo collection as well as that of the Putnam Valley Historical Society.  The authors were well-positioned to attempt this historical study, as both have Ph.D.’s in history from Cornell.  Both are now retired, but Wylie, a former history professor, was active in town affairs and politics, and Sallie was town supervisor and county historian.