Details
Published on Tuesday, 24 May 2022 12:50
Written by The Ridgefield Playhouse 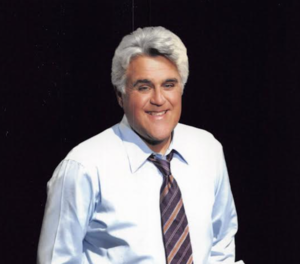 When he’s not filming his CNBC primetime series “Jay Leno’s Garage” or on-air with “Last Man Standing” and “You Bet Your Life,” or working on his impressive collection of classic cars and motorcycles, Jay Leno performs more than 200 stand-up shows annually across the country and internationally.

Accurately dubbed “the hardest working man in show business,” Leno will be taking center stage performing TWO SHOWS at The Ridgefield Playhouse on Sunday, June 26, 2022 at 4:00 and 7:00pm. The iconic late-night funnyman began his career doing stand-up comedy and then became host of NBC’s The Tonight Show with Jay Leno from 1992-2009. He started a primetime talk show, The Jay Leno Show on NBC and then went back to The Tonight Show from 2010-2014.

The show, part of the Bart’s Tree Service Comedy Series, will give fans an unforgettable opportunity to see Jay Leno up close and personal doing what he does best! Make it a great night out with dinner and a show - visit Posa Ristorante & Vineria and enjoy a complimentary glass of house wine with your entrée and ticket.  Media sponsor for the event is 99.1fm WPLR.

For more information or to purchase touchless print at home tickets ($135-$150) go online at  or, you can visit or call the box office (203) 438-5795. The Ridgefield Playhouse is a non-profit performing arts center located at 80 East Ridge, parallel to Main Street, Ridgefield, CT and is committed to keeping the arts alive and available to all.