Details
Published on Monday, 04 May 2020 09:22
Written by Association of School Business Officials of New York 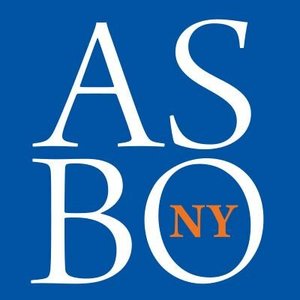 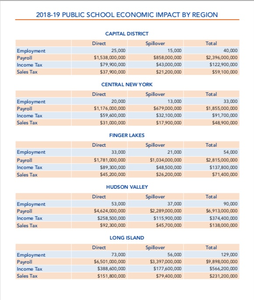 Traditionally, the benefits of public education have been measured over the long-term. As students graduate from high school and enter the workforce or attend college, they contribute back to society and their communities through both civic engagement (e.g., voting and volunteering) and financial support (e.g., paying taxes to fund Social Security or donations to charitable organizations). During the 2018-19 school year, approximately 173,000 high school seniors graduated from New York public schools. Beyond public education's long-term benefits, there are more immediate economic impacts that school districts have on their communities.

This analysis uses an economic multiplier that measures both the direct and spillover impact of school district spending in terms of employment, income, and taxes generated.

"This analysis shows that public education has a substantial economic impact on the state in addition to its important role in preparing students for college or careers," says Michael Borges, Executive Director of ASBO New York. In addition to the statewide economic impact of public education, ASBO's School District Economic Impact tool shows the jobs, payroll, and taxes generated by each school district and the impact on each region.

"On June 9th, communities across the state will vote on school budgets for the 2020-21 school year," Borges continued. "ASBO's School District Economic Impact study provides voters additional data about the positive impact public schools have on their communities, regions, and state. As school districts contend with unprecedented economic challenges because of COVID-19, Governor Cuomo has warned that, without additional federal aid, the State will be forced to make dramatic reductions in state aid to school districts. As seen in ASBO's Return on Investment study, schools are crucial to the economic wellbeing of our communities. The Governor has repeatedly cited the central role that school districts play in plans to reopen the economy. It is for those reasons that ASBO is calling on New York's congressional delegation to provide additional funding to the state to support our public educational system."

Here is link to ROI tool on ASBO's website: https://www.asbonewyork.org/mpage/economic-impact-update

If you cant enlarge and read the accompanying pic of the studies result(s), click here to view it online.