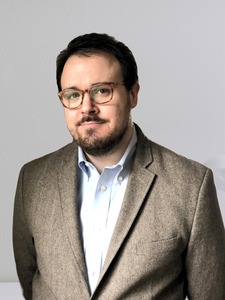 The Law Office of Christopher X. Maher, Esq., LLC, is expanding and has added Michael J. DeRienzo, Esq., a specialist in Alternate Dispute Resolution (ADR), to the team. In his new position, Mr. DeRienzo will lead the Litigation, ADR, and Pro Bono departments.

“There is a need in Putnam County for faster, more cost-effective ways to resolve legal
conflicts,” says Christopher X. Maher, Esq. “Mike, who has extensive training in mediation,
negotiation and conflict resolution, will be a terrific resource for those who might otherwise
consider expensive litigation. His work in ADR and experience as a Settlement Counselor will
be an asset as we expand the practice.”

Previously, Mr. DeRienzo managed his own practice in New York City where he
specialized in Alternative Dispute Resolution. Earlier in his career, he worked in boutique law
firms in Manhattan handling complex litigation in a variety of civil and criminal matters.
​ In addition to his work with ADR, Mr. DeRienzo provides pro bono asylum services to
immigrants facing deportation.

Mr. DeRienzo is admitted to practice in the States of New York and New Jersey, and in the United States District Courts for the Southern and Eastern Districts of New York. He received his B.S. from Bentley University and a J.D. from Villanova Law School. The Law Office of Christopher X. Maher, LLC provides legal services in Personal Injury, Medical Malpractice, Wrongful Death, Criminal Defense, Child Custody and Support, Divorce, DWI/DUI, Traffic Violations, Litigation, Pro Bono Immigration, and Alternate Dispute Resolution. Christopher Maher founded his firm in 2002, following in the footsteps of his father, Richard Maher, who was a leading attorney in Carmel for 40 years.