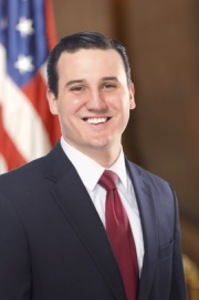 Assemblyman Kevin Byrne (R,C,Ref-Mahopac) is pleased to announce the passage of a bill (A.08174) that would amend the  “Safe Storage” law (A.2686A) which previously passed in the Assembly on March 4, 2019. While the original bill was controversial by itself, shortly after its passage unintended consequences were revealed that threatened all youth shooting programs in New York State, including the rifle shooting and shotgun merit badge programs developed by the Boy Scouts of America.

“The passage of this bill is a rare victory for New York firearm owners, sportsmen and women of our state,” said Assemblyman Byrne. “I opposed the original “Safe Storage” law because it limited law-abiding gun owners from accessing his or her own firearm, but we later learned that it also effectively banned all youth shooting programs in the state, including safety programs that prevent the misuse of firearms. If it wasn’t amended, the law would have had a disastrous effect on any youth programs or camps that teach gun safety. I’m thankful to Assemblywoman Buttenschon and others for addressing this awful oversight and righting this wrong. Even when we disagree on other issues, it’s good to know we can still come together and get things done.”

Without an amendment, the law that passed in March would have prevented any child under 16 from handling a long gun, even on a range, under direct supervision by a trained instructor teaching safety. The law would have mandated the firearm be in the immediate possession of the adult instructor, or in a safe; therefore, defeating the purpose or effectiveness of any gun safety or youth shooting program.

The amendment, introduced by Assemblywoman Buttenschon and co-sponsored by Assemblyman Byrne, carves out an exception to the law to allow individuals under the age of sixteen to use firearms, rifles, and shotguns at a shooting range under immediate supervision.

After being informed of the amendment's passage, Scout Executive/ CEO Richard Stockton of the Westchester-Putnam Council, Boy Scouts of America said, “Scouting is an educational program, and due to the hard work and leadership of Assemblyman Byrne, we will be able to continue our mission. Safe and respectful shooting programs are an important part of the Outdoor segment of the Scouting program.”

The Senate version of this bill, S6360 also passed the Senate this week. The amendment will be sent to the Governor for his consideration.