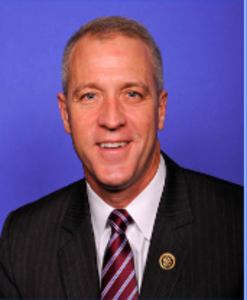 On Thursday August 15, 2019, Rep. Sean Patrick Maloney (NY-18) and the Congressional LGBT Equality Caucus issued the following joint statement in reaction to the Trump Administration’s announcement of a proposed rollback of Obama-era nondiscrimination protections for federal contractors based on sexual orientation and gender identity.

“Once again, the Trump Administration is putting tens of millions of women, religious minorities, and LGBTQ workers in harm’s way by creating a license to discriminate, all under the guise of religious liberty. This is wrong – plain and simple. Taxpayer-funded discrimination has no place in any working environment. As Co-Chairs of the Congressional LGBT Equality Caucus, we will work tirelessly to ensure this outrageous rule is withdrawn before workers are hurt,” the lawmakers said in a joint statement.

The Department of Labor’s Office of Federal Contract Compliance Programs (OFCCP) will accept comments on the proposed rule change for 30 days.

Founded in 2008, the mission of the Congressional LGBT Equality Caucus is to promote lesbian, gay, bisexual, and transgender (LGBT) equality. The Caucus, which is led by the eight openly LGBT members of Congress, is strongly committed to achieving the full enjoyment of human rights for LGBT people in the U.S. and around the world.