Senator Harckham Advocates for Safety and Disabled Accessibility along the MNRR System. 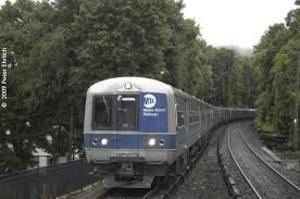 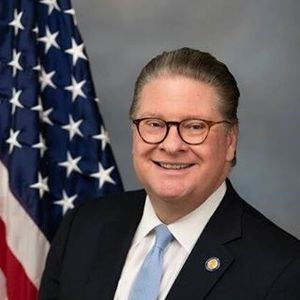 Recently, NY State Senator Pete Harckham (D-Lewisboro) wrote to Chairman Patrick J. Foye of the Metropolitan Transportation Authority (MTA) to advocate for renovations to MNRR Stations in his district for better disability accessibility along with safety upgrades along the entire MNRR system as the MTA contemplates their next Capitol Improvement Plan. Below is a copy of that letter.

As you may know, I represent the 40th Senate District, which encompasses a large part of the territory served by Metro-North Railroad's Harlem and Hudson lines. In the current five-year capital plan, the Long Isla. Rail Road (LIRA) received 14296 more funding than Metro-North, yet LIRR ridership is only about 496 higher than Metro-North. As you formulate the next capital plan, it is my hope that the MTA addresses the finding imbalance that favors the LIRR over Metro-North

Metro-North has a long list of needs, including better ADA accessibility, improved parking facilities, service expansion and, most importantly, safety improvements. The deadliest accident in Metro-North history occurred in 2015 at the Commerce Street grade crossing in Valhalla, killing six people. This crossing is still listed by the Federal Department of Transportation as the most dangerous grade crossing in Westchester and there is a likelihood of a repeat (or worse) of the fatal tragedy.

Moreover, there is also an ongoing delay in the installation of Positive Train Control, the signal system that could have prevented the tragic 2013 Hudson Line derailment that killed four people. The MTA was mandated, by the federal government, more than 11 years ago to install this system and was given $1 billion to do so. It is vital that the capital plan takes into account the need for prompt safety improvements to prevent additional tragedies.

Please keep in mind that Metro-North's northernmost riders pay the highest fares in the system, but often get the worst service. For instance, many Metro-North stations, particularly in the northernmost portion of my district, are outdated and in need of renovation. For riders with mobility issues, taking the train should be an attractive option. However, without proper ADA accessibility, many riders do not have an option. Finally, electrification of the Hudson Line all the way to Poughkeepsie would enable significant service expansion and take thousands of automobiles off the road. Improvements in these areas would go a long way towards closing the gap between Metro-North and LIRR service.

In the next capital plan, Metro-North riders should get their money's worth in terms of capital improvements and service expansion. I look forward to working together to develop a plan that takes into account the needs of all of our suburban riders. Thank you very much for all of your hard work and consideration of these aforementioned requests.