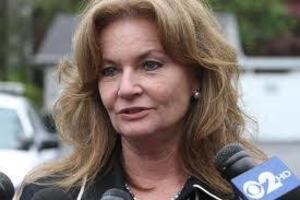 Putnam County Executive MaryEllen Odell announced her opposition today to a state budget change that punishes homeowners who have fallen behind on their property taxes by taking away their Basic STAR tax exemption.

The Basic STAR program, which started in the 1990s, is an upfront exemption on school taxes that saves the average principal homeowner in New York State about $800 year.  As of this year, however, those who are more than a year late on their property taxes will no longer qualify for the exemption.  The Enhanced STAR program, which gives senior citizens a larger property tax break is not affected by the change.

“This is not a time to penalize homeowners who have fallen behind in their property tax payments,” Odell said. “Those who can’t pay their taxes are being kicked out of STAR -- the very program that is designed to ease the property tax burden.  These kind of budget shenanigans may make state finances look better, but they amount to nothing more than hitting people when they are down.”

Gov. Andrew Cuomo has long sought to eliminate the upfront reduction in the school tax bill that STAR offers and replace it with a STAR credit check that is sent to homeowners in the fall. When the state pays STAR by a rebate check, it is considered a revenue reduction rather than state spending, thus allowing the state to keep spending under the 2 % cap.

The NYS Department of Taxation and Finance announced that it plans to send letters on May 22 to those who will be kicked out of the Basic STAR program.

In addition to the school taxes, the county also guarantees town and village taxes each year at a current amount of approximately $25 million.

Once property owners have been kicked out of the Basic Star Exemption program, they are removed for good. When they pay their taxes, they may qualify for the STAR rebate check.

Since 1995, Putnam County has offered a two-year payment plan for those who are unable to pay their entire property tax bill on time.