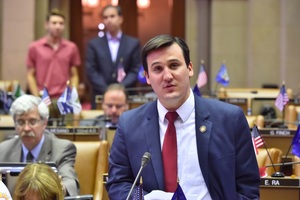 For months on end, the Governor's administration withheld critical information regarding the accurate number of nursing home resident deaths from the state legislature, local public health officials, good government groups, and reportedly the Department of Justice. Based on the NYS Attorney General's report and Secretary to the Governor Melissa DeRosa’s admission during a private partisan meeting, it seems clear Governor Cuomo’s office was more concerned with its political image and fear of potential federal prosecution than the public health of New York families, including the 15,000 grieving families who lost loved ones in elder care facilities. To make matters worse, throughout the pandemic various lawmakers, good government groups, and grieving families who asked questions and criticized the governor were publicly ridiculed and attacked by the Governor's office and its surrogates.

Instead of taking full responsibility and working to ensure this doesn't happen again, the Governor has instead focused on intimidating and threatening lawmakers who don't toe the line. This was recently highlighted by the Governor's alleged berating of Assemblyman Ron Kim (D) on the phone last week. Let me be clear, I believe my colleague Ron Kim.

Recently, the Governor lamented the fact that he wasn't 'aggressive' enough calling out his critics, rather than demonstrating any real remorse or sympathy. I continue to support calls and efforts for an independent investigation into the state’s handling of COVID-19 in our elder care facilities, including the commencement of a legislative impeachment commission to investigate and recommend potential counts of impeachment against the Governor.  Furthermore, I am encouraged to see that both the FBI and office of the US Attorney from Brooklyn have reportedly opened up preliminary investigations.