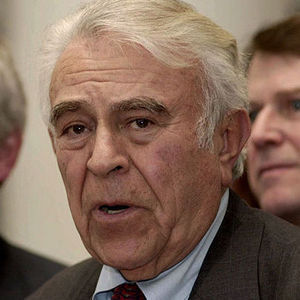 Rep. Sean Patrick Maloney (NY-18)’s bill to dedicate the Fulton Street Post Office in Middletown, NY in honor of the late is  passed the U.S. House of Representatives and headed to the Senate Floor before going to President Biden’s desk. After the vote, Rep. Maloney released the following statement.

“Ben Gilman was a true statesman and a tireless representative for the people of the Hudson Valley. I have worked to dedicate this post office in his honor for years, and I am proud today is the day his name is immortalized in our community,” said Rep. Maloney. “When I was first elected to this office, I was told I should try to be like Ben. He elevated constituent service to an art form, always just a call away. Ben was well-known throughout this district — but he was also known on the world stage and deeply respected by our nations’ leaders. In Washington, he embodied the best of politics: he took up issues that weren’t always popular among those in his party and was often called a moderate in the tradition of Nelson A. Rockefeller. His ability to rise above the fray and do the right thing should serve as an example for us all.”

“I am so grateful to Congressman Maloney for fighting to make this bill a reality. Ben never forgot that he was sent to Washington because of his people at home. His work left an indelible mark on our community and it gives me peace to know his legacy will live on forever in Middletown and New York,” said Georgia Gilman, widow of Ben Gilman.

Rep. Ben Gilman died in December of 2016, after representing the Middletown area in Congress for 30 years, including time serving as Chairman of the House Foreign Affairs Committee. Although he rose to national prominence in this position, Rep. Gilman was renowned for his commitment to local communities in Orange County, especially Middletown. He served on the House Post Office and Civil Service Committee and believed that the mail was the one part of government that touched every American.