Byrne to run for County Executive 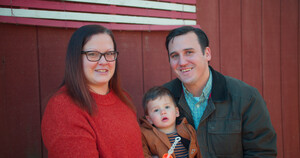 This week, Assemblyman Kevin Byrne announced his campaign as a candidate for Putnam County Executive. The initial announcement was made in a letter sent out earlier this week to Republican & Conservative Committee Members, as well as other Republican officials and long-time supporters of Byrne. A video announcing his campaign was later shared online and is included with this release for your convenience (Youtube & Facebook).

The incumbent, County Executive MaryEllen Odell, will reach her term limit next year making the position an open seat for candidates seeking to vye for the office in 2022.  As Assemblyman, Byrne already represents four of the six towns in Putnam County.

“Putnam County is fortunate to have benefitted from some truly dedicated, hard-working leaders in county government over the years, including Putnam County Executive Mary Ellen Odell. I appreciate and thank Mary Ellen for her many years of service as she continues to lead our county.” Byrne continued, “As your Assemblyman, I’ve stood against the Albany establishment and its harmful policies, consistently fighting for a more affordable and accountable government that serves us all. Now, I’m ready to lead closer to home as your next Putnam County Executive '' said Byrne. “At a time when many of us continue to suffer the negative effects from the disastrous inflation forced on us by bad policies in Washington, D.C., our county needs leaders who are unafraid to stand up and make government work better for taxpayers. As county executive, I’ll work to make Putnam our state’s most welcoming county for new business and job creation; to lift property-tax burdens and innovate to make services more efficient and cost effective. I’ll stand up for our brave active military, veterans, and first responders-- including our police, and will continue to defend all our Constitutional freedoms.”

Throughout his time in elected office, Kevin Byrne has been recognized as one of the few conservative voices left serving Putnam County in the state Legislature. During his first term he was named a “rising star” by the New York Republican State Committee and received the highest conservative rating from the New York State Conservative Party. During his second term, he was similarly honored by the Westchester-Putnam Right to Life Committee with its ‘Defender of Life’ Award for his strong pro-life record. More recently he was named an Emerging Leader by GOPAC, a national organization founded by former Delaware Governor Pierre du Pont and championed by former U.S. House Speaker Newt Gingrigh as the Republican Party’s premier center for educating and electing a new generation of leaders ready to run for higher office.

As Assemblyman, Kevin Byrne authored over 20 bills that passed to support various local needs, served in state-wide and national leadership posts, and stood firm against the tax and spend culture in Albany by voting against every state tax increase that came before him. Earlier this year, Kevin also gained national recognition for his work in exposing Governor Cuomo’s corrupt cover-up of thousands of COVID-19 nursing home resident deaths.

As a candidate for county executive, Kevin brings a diverse background of knowledge and experience from his time working in the public, private and non-profit sectors. Prior to the Assembly, Kevin worked in healthcare administration for New York’s largest private multi-specialty medical group. He also served as a regional director for the American Heart Association, deputy district director to former Congresswoman Nan Hayworth, member of the Putnam Valley Town Planning Board, and was an emergency medical technician for Westchester EMS as well as the Kent Volunteer Fire Department where he served three terms as president. He earned a M.P.A. from Marist College where he concentrated in healthcare administration, and holds a B.A. from the University of Scranton where he majored in history and obtained dual minors in political science and military science leadership.

Kevin Byrne is a lifelong resident of Putnam County and resides in Mahopac with his wife, Briana (Messina) Byrne and their young son Braeden.