Details
Published on Friday, 17 December 2021 10:28
Written by Office of The Governor 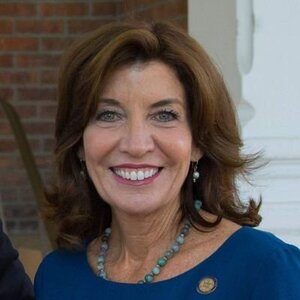 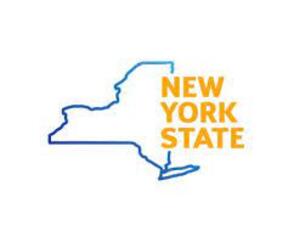 Governor Kathy Hochul has announced that $2 million in additional state funding will be provided to help Afghan evacuees acclimate to life in New York, bringing the total state commitment to $5 million. This is the first gubernatorial commitment of such funds in New York State.

"For generations, immigrants have come to New York and the U.S. seeking freedom and opportunity—their contributions defining and strengthening the fabric of our state and nation," Governor Hochul said. "With Afghan evacuees fleeing widespread instability in their own country, New York State is proud to take a leading role in the massive resettlement effort, and with this historic, first-of-its-kind investment, we will connect people with the support they need to flourish in their new home. I also thank President Biden and Governor Markell for their efforts welcoming our friends and allies to our shores."

The funds will be administered through the Office of Temporary and Disability Assistance's (OTDA) New York State Enhanced Services to Refugees Program (NYSESRP), and award letters will be issued within one week of the announcement. The funds will be distributed to more than one dozen nonprofit partners throughout the state that are providing intensive assistance to 1,790 Afghan evacuees that since September and continuing over the coming months have arrived or will arrive in New York State. Approximately 250 evacuees are scheduled to arrive in Albany, 495 in Buffalo, 190 in the New York City area, 50 in Niagara Falls, 275 in Rochester, 10 in Rockville Center, 420 in Syracuse, 50 in Utica, and 50 in Yonkers. Governor Hochul made the announcement while delivering virtual remarks on Afghan Resettlement efforts with White House Coordinator for 'Operation Allies Welcome' Jack Markell and Bard College President Leon Botstein.

The New York State Legislature has secured $3 million in funding for NYSERP in the current year's budget. Governor Hochul is committing an additional $2 million so existing services can be supplemented and allow for more intensive acculturation services for an extended period of time to address the immediate and long-term needs of persons arriving from Afghanistan.

The enhanced services supported with the additional funding include:

NYSERP contracts with nonprofit partners across the state that provide services including case management, employment and training services, English language training, as well as health and medical services to newly arrived refugees in the U.S., Special Immigrant Visa holders and asylees. The program funds local refugee resettlement agencies which work with individuals and families to help them attain economic and social self-sufficiency and integrate into the community.

This funding builds on existing State efforts to directly support and house Afghan refugees. For example, SUNY, partnering with OTDA and the NYS Office for New Americans, will provide housing, educational services, career and workforce supports, technology and a vast array of additional services with other community partners. In an effort to help Afghan evacuees resettle in New York, Governor Hochul announced in October that SUNY will open its 10 Educational Opportunity Centers to them by waiving the one-year residency requirement for admission. Some of SUNY's campuses are also partnering with local agencies to house evacuees in vacant dorms.SUNY will also provide excess laptops to Afghan evacuees to provide access to educational programming.

"With Afghan evacuees fleeing widespread instability in their own country, New York State is proud to take a leading role in the massive resettlement effort." Governor Kathy Hochul

The resettlement of families and individuals from Afghanistan is the largest resettlement effort in such a short period of time that has occurred in our lifetimes. New York is proudly taking a leading role in assisting the Afghan evacuees' successful integration into the U.S.

Office of Temporary and Disability Assistance Executive Deputy Commissioner Barbara C. Guinn said, "These families and individuals have already experienced great hardships and are in need of assistance to help rebuild their lives. We are grateful for Governor Hochul's leadership on this issue and for ensuring that New York continues to serve as a beacon of hope for those fleeing struggles abroad."

White House Coordinator for 'Operation Allies Welcome' Jack Markell said, "I want to thank Governor Hochul and the people of New York for providing our Afghan allies with the welcome and the support that they deserve. In New York, and across the country, Americans are coming together to embrace people who put themselves in harm's way to support peace, security, and justice in Afghanistan alongside our mission there. The efforts I've seen in New York to help our allies rebuild their lives here truly reflect the best of America."

State Senator Neil D. Breslin said, "The Afghan evacuees have endured the unthinkable tumult of having to leave their homes out of fear for their safety and the well-being of their families. The least we can do is welcome them into our communities with open arms. By securing this funding, Governor Hochul is once again demonstrating herself as a true champion for the displaced Afghans and that she is fully cognizant of their needs as they transition into my district and others across the state."

Yonkers Mayor Mike Spano said, “Yonkers is built on immigration, built from those who believe in the American dream. We welcome these refugees who had to leave their beloved homeland to seek safety, freedom and a better way of life. Yonkers will do its part to aid them in their transition in building their future.”

Commissioner of the NYC Mayor's Office of Immigrant Affairs Raquel Batista said, "At a time when Afghan migrants continue to face an uncertain future, it is critical we provide a safe and dignified welcome to New York. We thank Governor Hochul for leading this historic resettlement effort. This investment will help meet the immediate needs of our Afghan community and help them prosper in the long run."

Catholic Charities of the Archdiocese of New York Immigrant and Refugee Services Director Mario Russell said, "Catholic Charities of the Archdiocese of New York is encouraged by Governor Hochul's leadership and support to Afghans in need of assistance during this humanitarian crisis. As thousands of evacuees begin to resettle in their new homes and work to rebuild their and their families' lives in New York, our case managers and volunteers see each day, first-hand, how important this help is and what a difference it will make in answering important, everyday needs. Catholic Charities' long-standing commitment to welcome with dignity and respect every refugee and to work to reunify families in need is made stronger today, as is the great State of New York."