Details
Published on Tuesday, 02 August 2022 15:26
Written by Office of the Governor 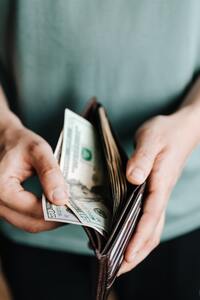 Elevated Reserve Deposits and Balances Being Maintained as Planned

Governor Kathy Hochul announced today that the first quarterly update to the FY 2023 Enacted Budget Financial Plan has been released. The elevated reserve fund deposits and balances planned since October 2021 will continue even in the face of a changing economic outlook, an example of the continued fiscal discipline of the Hochul Administration.

"Like the rest of the country, New York State is facing substantial headwinds with a changing national economy, and our latest update to the Enacted Budget Financial Plan reflects that," Governor Hochul said. "While the Plan incorporates future budget gaps, our commitment to fiscal discipline and planning for a rainy day remains and reserve fund deposits and balances will stay at the elevated levels we have planned."

The Plan update reflects clear signs of economic distress in the national economy, which trickles down to the State economy. Real Gross Domestic Product (GDP) decreased at an annual rate of 0.9 percent in the second quarter of calendar year 2022, which follows a first quarter decrease of 1.6 precent. Consumer prices through June 2022 increased by 9.1 percent over 12 months, the largest increase since the 12 months ending November 1981. Financial sector performance, which is an important source of tax collections in New York State, has continued to weaken in response to unfavorable economic data. Through late July, every major stock index is down more than 10 percent, with the NASDAQ index down over 23 percent and the S&P 500 down 15.1 percent, since the start of calendar year 2022.

The State has continued to strengthen reserve funds that serve as a bulwark against precipitous service cuts or tax increases during an economic downturn. At the end of FY 2022, the State's principal reserves totaled nearly $9 billion. Over the next three years, additional deposits of $10.4 billion will bring reserves to $19.4 billion, equal to 15 percent of State Operating Funds spending, the fiscal target set by Governor Hochul in October 2021. Reserves in FY 2025 exceed the projected budget gaps by roughly $6 billion.

The Plan update is available on the Division of the Budget website.