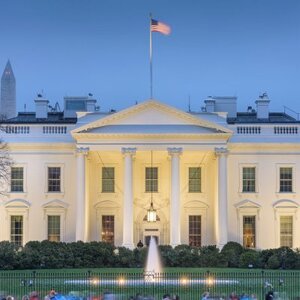 President Biden yesterday issued the following statement and proclamation (text below) regarding the death of Queen Elizabeth II who passed away peacefully yesterday at her home in Balmoral, Scotland. She was 96 years old.

Her 73-year-old son Prince Charles automatically became king and will now be known as King Charles III, it was announced. Charles’ second wife, Camilla, will be known as the Queen Consort.

In a statement, Charles called his mother’s death “a moment of the greatest sadness for me and all members of my family,” adding: “I know her loss will be deeply felt throughout the country, the Realms and the Commonwealth, and by countless people around the world.”

A funeral for the Queen will be held after 10 days of official mourning.

Queen Elizabeth II held that title for more then 70 years at the time of her passing. She was the longest ruling Monarch the British Empire has ever known. She ruled through 15 prime ministers, from Winston Churchill to Elizabeth Truss, whom the Queen had appointed to the Prime Minister post just 48 before her passing.

Her Majesty Queen Elizabeth II was more than a monarch.  She defined an era.

In a world of constant change, she was a steadying presence and a source of comfort and pride for generations of Britons, including many who have never known their country without her.  Queen Elizabeth II led always with grace, an unwavering commitment to duty, and the incomparable power of her example.  She was a stateswoman of unmatched dignity and constancy who deepened the bedrock Alliance between the United Kingdom and the United States.  She helped make our relationship special.  The seven decades of her history-making reign bore witness to an age of unprecedented human advancement and the forward march of human dignity.  Her legacy will loom large in the pages of British history, and in the story of our world.

IN WITNESS WHEREOF, I have hereunto set my hand this eighth day of September, in the year of our Lord two thousand twenty-two, and of the Independence of the United States of America the two hundred and forty-seventh.