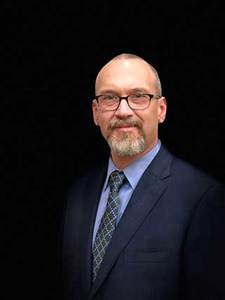 "I want to congratulate the men and women of the Carmel Police Department, the Westchester County Department of
Public Safety and the Putnam County Sheriff’s Department. They performed their duties professionally and successfully. Our
departments worked together seamlessly to negotiate with a person who was in crisis and ensured that both that the individual,
the public and all law enforcement officers came out of the situation unharmed. This is the kind of difficult situation our
officers are trained to negotiate and they did so patiently and safely. To all of you who responded, I give my commendation
and thanks.

I would like, too, to comment on the role that social media played in escalating this situation and creating additional stress on
the individual and on our law enforcement officers. People with no connection to the individual engaged with him via social
media outlets, countering the work of our negotiators to calm him, bring him out safely.
Further, and critically, social media participants created a secondary crisis situation in the midst of our response. Calls of
protest based on misinformation generated via social media and secondary agendas were received non-stop on the non-
emergency lines for the Carmel Police Department and the Putnam County Sheriff’s Department. This meant that those lines
were tied up for hours at a time, making it exceedingly difficult for the public to contact law enforcement and seek help. Some
of those calls were, in fact, emergencies and needed to be forwarded from our 911 dispatch. Public safety was compromised
that night precious moments were lost for response by individuals seeking to grandstand and interfere in a crisis and law
enforcement’s response to it. I condemn the actions taken on social media since this incident and ask the public to consider the
dangerous potential impacts of such interference. Everyone has a right to opinion and free speech—no one has the right to
hamper a police response and public safety.

Thank you to all officers for keeping everyone safe, and thank you for helping a vulnerable member of our community. I would
also like to thank the Putnam County Firearm Owners Association for their support of Law Enforcement and assistance in
helping to defuse a serious situation. A job well done by all.