Department of Defense moves 1,600 active troops to Joint Base Andrews in Maryland 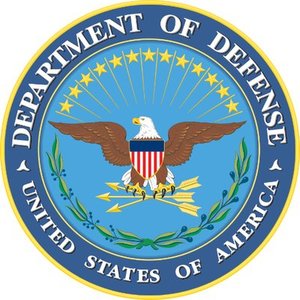 The Department of Defense issued a statement yesterday June 2, 2020, that they have re-deployed several active military units to the Washington, D.C. area. Only one day ago President Trump warned he may call in the army if the situation in Washington D.C. "does not normalize". That statement outraged those in Democrat circles who called it, a de facto preparation for civil war.

In a press release attributed to Jonathan Rath Hoffman, the Assistant to the Secretary of Defense for Public Affairs said :

“The Department of Defense moved multiple active duty Army units into the National Capitol Region as a prudent planning measure in response to ongoing support to civil authorities operations.

The Secretary of Defense authorized the movement of an infantry battalion designated Task Force 504, assigned to the Army’s Immediate Response Force based at Fort Bragg, North Carolina.

Additionally, at the Department’s direction, the U.S. Northern Command commander authorized the move of the 16th Military Police Brigade headquarters from Fort Bragg, North Carolina, and the 91st Military Police Battalion from Fort Drum, New York.  The brigade provides a command and control element for the battalion, which primarily provides military police and engineering capability.

Active duty elements moved to the National Capitol Region by military aircraft over the last 24 hours.

Active duty elements are postured on military bases in the National Capitol Region but are not in Washington DC. They are on heightened alert status but remain under Title X authority and are not participating in defense support to civil authority operations.

The Pentagon said the troops are on a "heightened alert status but remain under Title X authority and are not participating in defense support to civil authority operations".