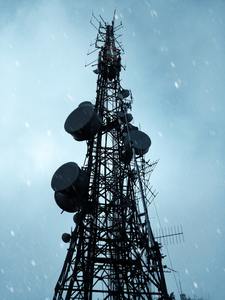 New York State Senator Pete Harckham announced today that he will introduce legislation that will require backup generators for cell phone towers throughout the state. The intention of the bill is to reinforce communications capabilities in the aftermath of a storm or any natural disaster that cuts off the electricity to the tower for an extended period of time.

“Our cell phone towers need to stay online no matter what, and my bill will ensure that coverage and capacity are preserved during crises and natural disasters,” said Harckham. “The fact that many of our cellular communications went offline for several days following Tropical Storm Isaias is unacceptable. We cannot continue to let unforeseen situations turn into potentially dangerous emergencies that put our residents at risk.”

Cell towers allow wireless communications companies expand their network and provide signal reception to communication devices like mobile phones, television, computers and radios. The towers are also used by emergency management centers and fist responders. Typically, they have a battery backup that lasts about eight hours in case of a power outage.

Wireless carriers are not required to have backup power supplies for their cell towers. In the aftermath of Hurricane Sandy eight years ago, Harckham proposed a bill while serving as a Westchester County legislator that would ensure the towers have at least 72 hours of generator backup. Unfortunately, the bill was never passed.

In addition to losing electrical power during the recent storm, tens of thousands of residents in Westchester, Putnam and Dutchess counties lost cell phone service as well.

“It is critical for emergency personnel, town employees and residents in emergency situations to be able to have reliable communications,” said Harckham. “The wireless communications providers across New York can no longer continue to be negligent in the regard. From their immense profits it is time they make an infrastructure investment that makes sense and will probably save some lives.”