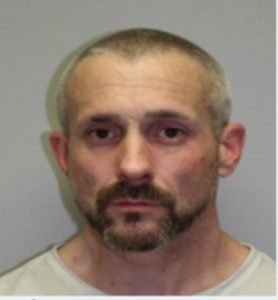 Putnam County District Attorney Robert V. Tendy announced on May 12th that Lake Carmel resident Brian Flandreau, 42, has been sentenced to an enhanced sentence of seven years in state prison after pleading guilty to one count of Criminal Sale of a Controlled Substance in the 3rd Degree.

During a two-month investigation, members of the New York State Police Violent Gang and Narcotics Enforcement Team (VGNET) purchased over $2,800 worth of methamphetamine from Flandreau spanning four different occasions. These sales took place at Flandreau’s residence and at locations throughout Putnam County, and included sales of cocaine, marijuana, and gamma-hydroxybutyrate acid (GHB).

On April 10, 2020, members of the NYSP executed a search warrant for Flandreau’s Dunwoodie Road home, where they recovered crack/cocaine, MDMA, GHB, methamphetamine, ketamine, and heroin. Flandreau pled guilty on December 29, 2020, to one count of Criminal Sale of a Controlled Substance in the Third Degree and agreed to serve six years in state prison followed by a term of parole supervision. Flandreau was due to be sentenced on April 13, 2021, but he failed to appear for sentencing. A bench warrant was issued by County Court Judge Joseph Spofford.

On May 5, 2021, Flandreau was arrested in New York City on new drug possession charges and was returned to Putnam County. On May 11, 2021, Flandreau was sentenced to an enhanced sentence of seven years in state prison to be followed by two years of parole supervision. He was also ordered to pay $2,865.00 in restitution.