Arrest Made in Fatal Hit-n-Run Accident in Mahopac 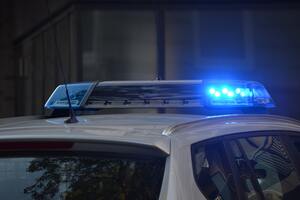 Carmel police announced last evening on Facebook that with the assistance of the Putnam County Sheriff's Office and their Accident Reconstruction team, they have made an arrest in the fatal hit and run accident on Rt 6N that occurred Friday Evening in Mahopac.

According to police, the victim, James Crecco Sr., 61, was approaching his vehicle that was parked in front of his residence on the north side of South Lake Boulevard when he was struck by a westbound gray Jeep Cherokee with gold-colored New York license plates.

Police said the Jeep Cherokee did not stop, but instead continued west on South Lake Boulevard towards Baldwin Place Road. The Jeep has passenger-side damage as a result of the crash, police said.

The accident occurred just after 8 pm Friday evening when Putnam County 911 advised Carmel Police of a hit and run of a pedestrian, in the roadway, with injuries. Mr Crecco, the victim, passed away en route to being transported to the hospital.

No further information is available at this time and the suspect was not identified by Carmel Police.