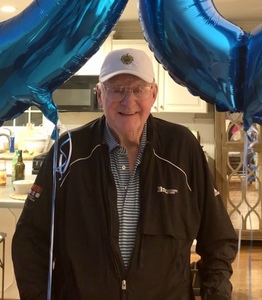 Robert David Sullivan, Bob of Chappaqua, NY and Ridgefield, CT, passed away on Wednesday, April 29, 2020 with family by his side.  He was a long-time resident of Chappaqua, NY, volunteering at St. Johns & Mary’s Church, coaching numerous sports teams for his children, a member of Willowbrook Swim & Tennis Club for over 50 years and above all a role model in the community.

He was strongly seeded in his work ethic, faith and his family was paramount in the way he lived his life.  For those fortunate enough to cross paths with Bob Sullivan, he was forever a friend.  Bob was born Sept. 6, 1929 in Roselle Park, NJ and then moved to Brooklyn, NY where he spent his childhood and attended schools until he enlisted in the Army.

He served in Bavaria, Germany as an Athletic Director for the troops.  He spent 26 years in the New York City Fire Dept, starting his career at engine company 217 in Bedford Stuyvesant, NY and ending his career as a Lieutenant at Ladder 36 on Fordham Rd in the Bronx.  He was the son of Joseph and Cecila Sullivan.

A celebration of his life will be held at a later date. In lieu of flowers, the family requests that donations be made to either The Chappaqua Library or Ridgefield Library for programs for the visually impaired.