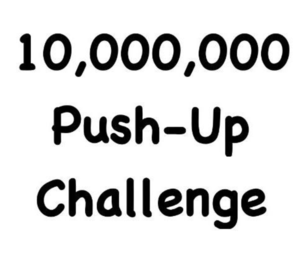 Henry Della Penna, a rising junior at Fox Lane High School in Bedford, has created a push-up challenge to raise money and awareness to help firefighters and first responders through the 501(c)3 non-profit Tunnel to Towers Foundation and their Fallen First Responder Home Program.

During the pandemic, Henry became a member of the First Responders Club at his high school and a junior firefighter in training. He was inspired to do this because he saw his father volunteer to become trained as a first responder to help others.

As Henry says, “I’ve seen firsthand how dedicated the first responders are at the fire department in my neighborhood, so I wanted to create a way to get my friends, my community and other communities involved to help families where a member has given the ultimate sacrifice.”

Henry started this 10,000,000 push-up challenge where he is keeping track of the number of push-ups that he’s doing and he’s asking others to join him by doing push-ups and posting the number done on this social media to help reach this 10 million push-up goal.

As Henry says, “The great thing about push-ups is that they can be done anywhere and no special equipment is needed. They also help people stay fit!”

Similar to the ice bucket challenge, Henry is encouraging supporters who want to participate to post videos or photos of themselves doing push-ups and challenge their friends to do the same. Donations aren’t required to participate, but any donation made will go directly to Tunnel to Towers and change lives.

Here is the links to Henry’s Facebook page (https://www.facebook.com/10MillionPushUpChallenge/), Instagram page (https://www.instagram.com/10mil.pushups/) and the link to his GoFundMe page: https://gofund.me/6a552bec

Henry is running his fundraiser now through 9/11/23 which is the 22nd anniversary commemorating September 11th.

Since Henry is a high school student, he, his friends and his whole generation were not around when 9/11 happened and this fundraiser helps to teach young adults about an important part of our history and honor the victims of the attack.

The Tunnel to Towers Foundation is committed to ensuring we never forget 9/11, the sacrifices made, and those that continue to be made by our first responders in the line of duty. Through the Fallen First Responder Home Program, Tunnel to Towers aims to pay off the mortgages of fallen law enforcement officers and firefighters who lose their lives in the line of duty or to 9/11-related illness and leave behind young children. The Foundation’s goal is to ensure stability and security for these families facing sudden, tragic loss.fo