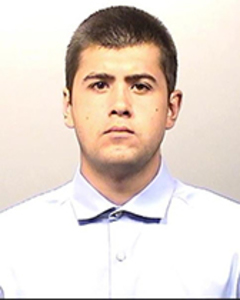 Beckley is a former police officer. He had resigned his position as a New Rochelle Police Officer earlier on the day of the crash, and then, just hours after the crash on Nov. 14, 2016, Beckley began work as a Police Officer in the Town of New Castle. Beckley resigned from the New Castle Police Department in January 2017.

Background
Around 10:30 p.m., Nov. 13, 2016, Beckley’s Ford F350 Super Duty pickup truck struck a man and a woman who were walking along Hale Avenue in White Plains. Immediately after the collision, Beckley’s truck sped away leaving the two victims in the street bleeding and suffering from serious physical injuries, including trauma to the head and broken bones. When police arrived minutes later, both victims were taken to local hospitals.

After an extensive investigation, Beckley was arrested July 5, 2018. He was charged with Tampering with Physical Evidence for concealing his Ford F350 Super Duty pickup truck, driving it out of New York State in late November 2016, while knowing police were actively investigating the hit-and-run and were attempting to locate his truck. In November 2018, Beckley pleaded guilty before Westchester County Court Judge Larry Schwartz.

The investigation was a collaborative effort between the White Plains Police Department and the Westchester County District Attorney’s Investigations Division Public Integrity Bureau.