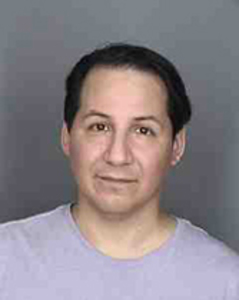 Westchester County District Attorney Anthony A. Scarpino, Jr. announced that Victor Gonzalez of Millwood was sentenced to four years in state prison for the rape of a teenage girl in Northern Westchester last June.

Gonzalez entered his guilty plea to Rape in the Third Degree, a class E felony, in the Westchester County Sex Offense Court before Westchester County Court Judge Susan Cacace Jan. 8, 2019. In addition to time in prison, he will receive 10 years’ post-release supervision. He will have to register as a sex offender. An order of protection was also issued on behalf of the victim.

Background
On June 21, 2018, Town of New Castle Police received a phone call about a missing 16-year-old teenager. The teen sent a text message to her mother asking her for help. The teenager did not know where she was at the time. The mother gave New Castle Police a location from the “Find My iPhone” application, and they responded to the area. In searching for the girl at the location provided, they found her hiding in the bushes, disheveled and upset. She reported to the police that she met the 40-year-old defendant, Victor Gonzalez, on the internet and agreed to meet him in White Plains. When she got off the train in White Plains, the defendant met her near the train station and took her to his residence in New Castle. The victim remembers waking up in the defendant’s apartment with the defendant on top of her engaging in sexual intercourse.

The defendant was also sentenced in White Plains federal court Thursday on charges related to sex trafficking of minors and child pornography production. For that, he will spend 19.5 years in federal prison. Both sentences will run consecutively. Read more details on the federal case.