Harrison Dad Charged with Not Locking Up Gun That Injured Toddler 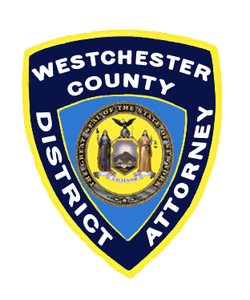 District Attorney Anthony A. Scarpino, Jr. announced Robert Welgos of Harrison was arraigned on charges related to having an unsecured loaded firearm in his home. On June 11, 2020, Welgos' toddler took the loaded gun from an unlocked safe, discharged the weapon and injured himself.

Welgos was arraigned in the Harrison Town Court Monday, June 22, 2020, before Judge Daniel Angiolillo via video conference. Because Welgos resides with his two children, both of whom are under the age of 16, Welgos was charged with two counts each of Safe Storage of Rifles, Shotguns and Firearms: Fail to Secure; and Endangering the Welfare of a Child, all misdemeanors.

DA Scarpino said, “Every parent is charged with keeping their children safe but when loaded weapons are left in easy reach and not secured that parent fails in their duty. In this case, a little one was injured, but thankfully, not killed. This could easily have turned from trauma to tragedy.” Scarpino added, “This case is an important reminder to all gun owners: Secure your weapons appropriately. Always keep them out of reach of children and other household members. It’s the law.”

Background
Robert Welgos lives with his family, including two young children, in Harrison. Welgos owned several firearms, including a.38 caliber revolver, which he kept loaded in a safe, located in his bedroom on a night table next to his bed. On June 11, 2020, Welgos left the house, leaving the .38 caliber revolver loaded with five rounds of ammunition in the unlocked safe. His three-year-old child, who was playing in the bedroom, took the loaded firearm from the unlocked safe. While on the bed, the child pulled the trigger and fired one shot, shooting his own right toe/foot and injuring his right hand. The toddler was taken to the Westchester County Medical Center and was treated for injuries.

Welgos, the father, is facing charges because he failed to securely lock the firearm in a safe storage depository and failed to render it incapable of being fired by use of a gun-locking device appropriate to that weapon. The gun was registered and Welgos held a legal target permit for the firearm.