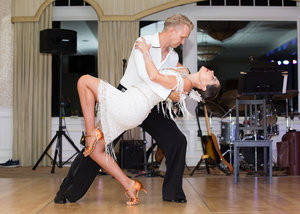 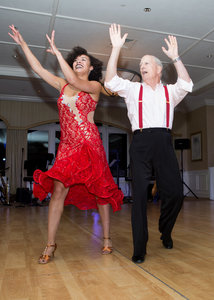 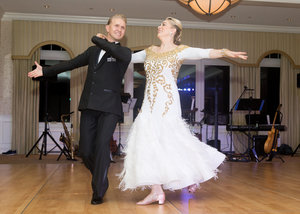 This fun event features local celebrities and community leaders performing a choreographed dance routine, mirroring the hit TV show. Dancing pairs are sponsored by donations to Abilis, with the top fundraising team awarded the “People’s Choice Award.” A panel of celebrity judges and the audience decides who will win the coveted mirror ball trophy. Dancing Stars of Greenwich will be hosted by actor and actress Brendon and Afton Fraser and guests will enjoy an evening of live entertainment, music, dancing, a champagne reception, hors d’oeuvres and a silent auction.

“Last year’s Dancing Stars of Greenwich was so much fun for everyone involved,” said Amy Montimurro, president and CEO of Abilis. “We are so excited for this year’s event, which promises to be even bigger and better!”

“Dancing Stars of Greenwich is full of all the fun, glitz and glamour of the hit TV show Dancing with the Stars!” noted Elmar Schmidt, owner and ballroom dance instructor of the Fred Astaire Dance Studio of Greenwich. “Local stars and leaders in the community have been training to compete just like on television. And, just like on the hit TV show, a panel of celebrity judges along with the audience, selects the winner who will win the coveted Mirrorball trophy.”

The event is sold out, however, donations are still being accepted. To date to one of the Dancing Stars please visit dancingstarsofgreenwich.net. Dancing Stars of Greenwich is the sister event of Brookfield’s Dancing Stars, now in its fourth year. In the past several years, the event has raised close to $150,000 for participating charities.

Abilis is a 501(c)3 non-profit organization that supports more than 700 individuals with special needs and their families from birth throughout their lives. Abilis has been a leader in serving the special needs community in Fairfield County in towns including, Darien, Greenwich, New Canaan, Norwalk, Ridgefield, Stamford, Westport, Weston and Wilton, and has a long-standing reputation for individualized, high quality care. For more information, visit www.abilis.us, or facebook.com/Abilisinc, twitter.com/Abilis, or instagram.com/abilis_us.